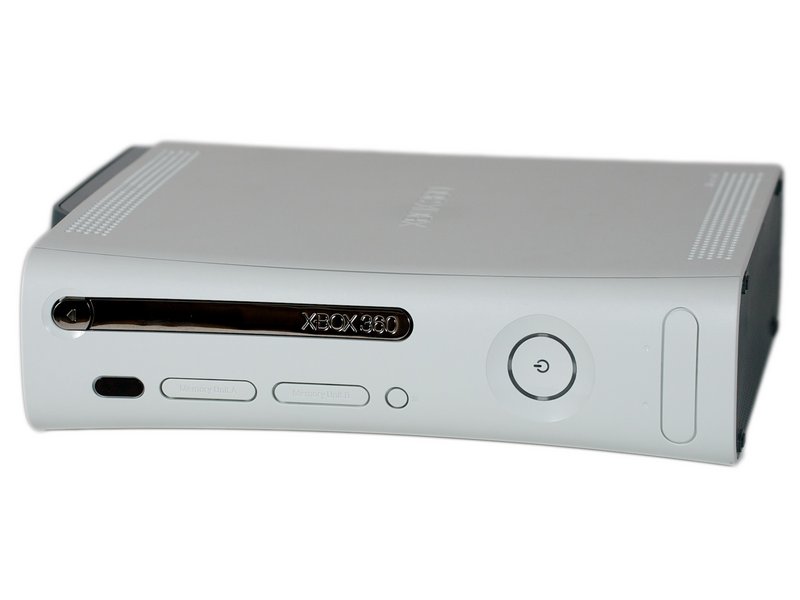 The Xbox 360 is the second game console made by Microsoft, and was released November 22, 2005.

How to easily fix a Xbox 360 drive that wont open.

The Red Ring of Death has become an infamous sign of a malfunctioning Xbox 360 since its launch. The RROD is characterized by three red lights creating a 3/4 circle around the power button.

Most, if not all, three-light errors in Xbox 360 consoles are related to overheating. The most common issue is a cracked or cold solder joint underneath the GPU on the motherboard. A flaw in the design of the heat sink allows the motherboard to warp in the area around the chip, which causes the chip to lose contact with the board. There are various fixes for the RROD, which include replacing the high-stress x-clamp, reflowing the GPU's solder connection, and also replacing the heat sink in older models with Microsoft's updated Zephyr heat sink.

To keep your Xbox 360 from being affected by the Red Ring of Death, keep it in a well-ventilated area and make sure the cooling vents are free from obstruction. If your Xbox begins to overheat, turn the power off and allow it to cool for at least an hour before continuing play. Alternatively, use an external fan to help circulate air across the device.

If the RROD is already plaguing your Xbox, and your console is no longer covered by Microsoft's warranty, there is hope yet. You can use the technique outlined on the full troubleshooting page to retrieve an error code from your console to determine what the specific cause of your RROD is. After pinpointing the cause, you can take the necessary action to remove the diabolical red ring and get back to ruling Xbox Live.

Without some serious tech skill, there are few hardware upgrades available for the Xbox 360.

Software updates are available in a variety of ways:

Microsoft released the successor to the original Xbox in late 2005. It had the largest launch of any game console to-date, appearing in 36 countries in its first year on the market.

Aesthetically, the Xbox 360 changed very little during its lifetime. Main changes to the exterior from the original Xbox were a less boxy shape, a matte white outer case, and most notably, the ability for the console to stand vertically on-end. Various versions were released later on in black, as well as special edition colors.

At its launch, the Xbox was offered as a Core or Pro model. Upgrades from the Core model that the Pro featured included wireless controllers and a 20 GB hard drive. In 2007 the Arcade version replaced the Core, and featured built-in memory, but did not come with a hard drive. The black-bodied, 120 GB Elite model was also released in April in 2007, and was sold alongside the Xbox 360 Pro until mid 2009, when the Pro was discontinued. When the Xbox 360 S was released in mid 2010, Microsoft discontinued the manufacturing of Arcade and Elite models, but continued to sell the units that remained on stores' shelves.

It is very easy to tell if you have an Xbox 360 console, since the words 'Xbox 360' appear on the front of the disc drive tray, which is white on Core and Arcade consoles, and chrome on Pros. Elite models are easily distinguished from others by their black outer case.

The most often replaced Xbox 360 parts include the heatsink, motherboard, hard drive, and dual fans.