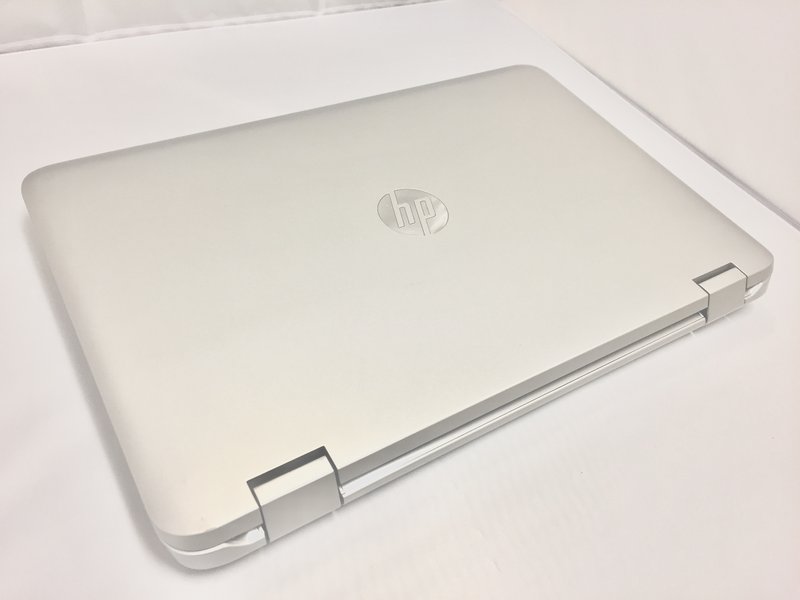 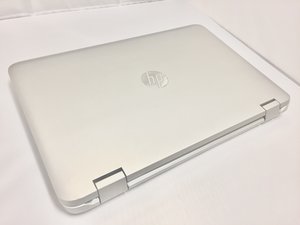 This troubleshooting page will help you identify and resolve common issues with the HP Envy x360 Convertible Laptop.

Laptop fails to power on or only powers on for a short period of time.

Attempt to use the Power Adapter to charge the laptop. If the charging light does not turn on, test the adapter with a voltmeter to ensure that it's the cause of the issue. If it is not sending an electrical signal, consider replacing the Adapter.

If the device will only run while it is plugged into the Power Adapter, no matter how long it was charged, the battery may have failed, causing it to stop holding a charge. Consider replacing the battery using this guide.

Fan Is Loud or Device is Hot

The device's fan is overly noisy or the base of the device feels hot to the touch.

Using your device while it is resting on fabric or other non-solid surfaces may block ventilation ports, causing the device to heat up. If this is the case, try moving your device onto a flat, solid surface such as a table to see if the issue continues. If the issue persists, refer below.

Over time the cooling fan will suck in dust particles or lint creating blockages within the device's cooling system. To resolve this problem, use an air duster to blow into the intake ports located at the bottom of the device in order to clear any blockages that may have formed. In some cases, you may need to open the device in order to fully clean the ventilation system. To perform this task, use this guide to open your device.

If the cooling fan ceases to function, it can cause severe heating problems within the device. The device may feel hot to the touch and there will be no sound indicating the fan is running. If this occurs, the fan will need to be replaced. Use this guide to replace the cooling fan.

Video Distortion Or Other Playback Issues

Videos are having problems displaying on your device. This can include distortion, discoloration, slowdown, stuttering, or a blank screen.

Some playback issues could be caused by the device operating at the wrong resolution. To see if this is the issue, right click your desktop and click "Screen Resolution" or "Display Settings" option. Using the drop-down menu, change the resolution settings to "recommended."

Playback issues could be caused by outdated video drivers. Attempt to update the drivers by searching for "Device Manager" in the Windows Start Menu. Look through the list of devices and expand the "Display Adapters" menu. Next, right click "Intel HD Graphics" and click "Update Driver." A pop up menu should appear; click "Search automatically for updated driver software" and follow the on screen instructions.

The device frequently blue screens or fails to boot up.

If the Hard Drive has failed, or is beginning to fail, the device may fail to load programs vital to running Windows. This may cause the device to randomly shut down or fail to boot up. If the device can still power on, attempt to open Task Manager by pressing the Ctrl+Alt+Delete keys simultaneously. Once Task Manager opens, press "More details" at the bottom of the window. You should be in the "Processes" tab where you can monitor CPU and Disk usage. If your Disk is running at a high percentage of usage, it will be highlighted red. If this is the case, attempt to run a Disk Check by opening the command line in the Start Menu and typing "cmd.exe." Once this is open, simply type "chkdsk.exe," press Enter, and wait for it to perform a scan. The program will indicate if it encounters any problems and will attempt to resolve them. If this does not resolve the problem, you may need to replace the Hard Drive. This guide will help you do so.

If the computer cannot boot up, or attempts to boot up but fails, it may be a motherboard issue. If this is the case, consider replacing the motherboard using this guide. Before attempting this, be sure to double check for battery or hard drive failure, as these issues are more common.

''Screen doesn't display anything, is displaying flickering vertical lines, or is distorted. '

My HP keeps restarting randomly. It didn’t do this when I first got it. I bought it in 2018, used it for 4 months for a class, then put it away until the beginning of December of 2019. I let it go through all its updates then and now it randomly restarts. And already unselected automatic restart in advanced system settings. From other forums I have searched on the internet it looks like people had the same issue and it never got resolved. This computer was expensive. Do i really need to trash it after only using it for less than a year?

Now that we are all using Zoom and other video conferencing programs, I have learned that no one can hear my clearly when using my new (1 year old) envy x360. I love the laptop in every other way. I hope there is a fix for this - is it just my machine or is this a common problem?

My screen is blank and my capslock keep blinking a white light.i noticed that before this happened, the computer was very hot. Pls, what could be wrong with it and do you have a place where the device can be repaired in Ibadan,Nigeria?

Mine will mot power on. I have been having issues with this. It takes multiple attempts before it power on. But now today nothing.

my keyboard occ is weird, cap lock wont light up and as i type certain letters and space bar wont work. Often when i power it up it is oriented sideways so i have to restart it