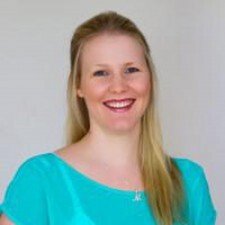 I have an Apple Watch Series 2 that I was using without issues until recently.

I went for a 1km swim (as usual I had it on Pool Swim in Workout and I confirmed the water lock was on).

Then later that day at the shops I noticed my display was quite dim. So I rotated the crown to bring the brightness up. No luck with that so I decided to restart, but when I held the side button I didn't see the power off slider. So I kept holding it down and it rang 000 (emergency number here in Australia)

After apologising to Emergency services, I took off my watch and tried to force reset it. No luck, I couldn't see the Apple logo.

I could feel vibrations and force touch still and heart rate monitor light was still on. When I placed it on the charger it did the charging chime.

I checked the screen curtain was not on.

I turned on Voice over and that worked. It said the watch was charged to 100%

So I decided to completely drain the battery.

After a few days, I put it back on the charger and it showed the green charging snake on the screen, so it seems like the display is actually fine. But alas, the watch face is still not displaying.

The voice over shows that everything is working, Siri is working, I feel a response to a force push. I have turned the brightness up to 100% on my Watch app on my phone.

Does anyone have a suggestions of what to do to fix this?