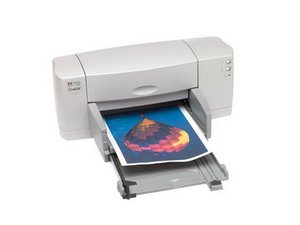 The HP 842c was introduced in 2000. Like most old printers, the cartridges are large and last. Along with this, it is also more reliable than modern inkjet printers. While the ink lasts, the printer uses a Tri-Color cartridge. If one color is empty, the whole cartridge is considered empty.

Is this sound bad? *With video and photos* 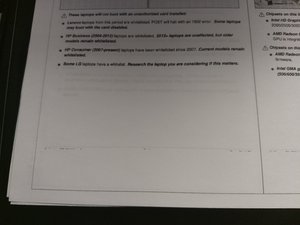 I think the unreadable string of text is from the ink running out but I am including an image just in case.

This printer has been my “go to" for years when I need to run rough drafts or make visual notations on a document for a guide I am making modifications to as an example. The ink is cheap and I can keep the wear off of my real printer.

However, I went to use it and it was a bit difficult to setup but I clearly got it going. However, it now makes those noises when I run a long print job (even with 2 page merging as I did for this to cut back on paper use). It persisted through the job (10 page) so I suspect it'll never go away.

Does this sound like a motor issue or something I can solve with new white lithium grease? I know where to get some so it isn't a problem to apply new stuff but it also sounds like a bad motor. I'm really looking for a second opinion on the issue. It's always made sounds someone who doesn't know better that sound bad but this is bad enough it's beyond a PEBCAK error.

I tried using white lithium grease on the gearbox in the printer (and the rail the ink carrier is on) and it doesn't make a difference. It still sounds awful.

maybe its a motor issue

I would personally suggest that you just lube up the motors and their rails. That should fix the issue.

White lithium grease didn't help the sound. There seems to be an issue with the motor as far as I can tell.