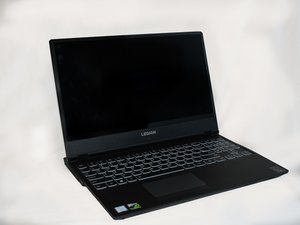 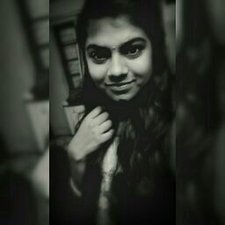 whitish-green horizontal flickering lines on the screen. its Lenovo legion y540, but that device was not in the option so I chose y530 coz its structure is exactly the same as this one. it has Nvidia GeForce RTX 2060. when I looked up the device manager, the display adapter Nvidia GeForce RTX 2060 has a danger sign next to it, but it’s updated. I don’t know what’s wrong there.

the lines don’t appear in the bios window. it appears from the logo itself when I start the pc. 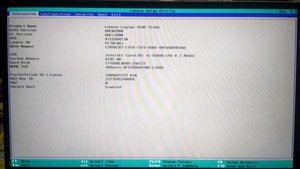 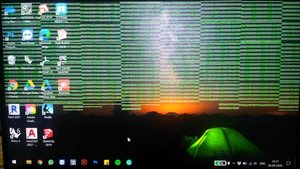 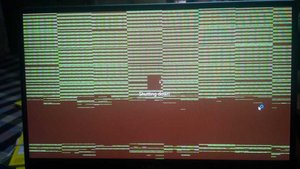 I called Lenovo support, they think its software issue and windows need to be cleanly reinstalled again. but I read here and there that it could be the fault of loose screen connection as well, I don’t want to reinstall everything coz its a big step and it takes so long.

can someone tell me if its really a software issue or some hardware issue?

It appears from what you said that there is a problem with the Nvidia GPU given the exclamation mark so presumably the laptop is using the integrated Intel GPU as the display adapter.

In Device Manager > Display adapters > you should see two GPUs, the Intel Graphics and NVIDIA

Have you checked that the driver versions for both GPUs are as shown here? Click on the See Files link to the right of the drivers to see what the version number is.

See if you can switch to the Nvidia adapter. To switch to your NVidia dedicated GPU, Right-click the blank space on the desktop, select NVIDIA Control Panel to switch between two graphics, manually under Manage 3D Settings > Preferred Graphics Processor.

device manager only showing Nvidia GPU, no intel. also, I can't open the Nvidia control panel for some reason. it just not opening. I checked with the official Lenovo site for a driver update scan, it says my machine doesn't require any driver update.

still, I downloaded intel VGA driver and installed it but I still can't see it in the device manager. whats wrong with it? why is it being like this?

Don't know the laptop so I'm not sure but check in BIOS to see what adapters it shows.

Also did you try with an external monitor or safe mode, you didn't say?

Chiming in from another notebook model (ROG G703GX). After repasting, the computer ran for about 5 minutes, then abruptly blacked the screen, while still playing my music and at some point "screeched" and shut down abruptly. After turning it back on, it presented me with this exact issue. Green flickery lines everywhere, danger sign on device manager, etc. I forced a restart by forcefully shutting it down multiple times. 5/5 times the lines came back.

I still can't say for sure what it is/was, but I opened it back up, removed the heatsink and removed all the excess paste around the die that got on the little resistors/capacitors on the GPU chip (the green part) and put a (kapton, but any should do) tape all around the GPU die (on top of the capacitors) to isolate them further from the paste and also the aluminium heatsink that could maybe have touched them (or was so close that it conducted via thermal paste idk). After that I reassembled it, started it back up and all lines were completely gone. Even tested some Minecraft with heavy Shaders to stress the GPU and it's completely okay.

However, this could be coincidence, meaning that just the unscrewing of the screws around it could have positioned the board in such a way that it made contact again. I am writing this literally 15 minutes after doing said fix.

What I am sure, however, that is is an issue with the GPU die (cold solder, short due to conducting thermal paste, etc).

If you're reading this and see this happening with a laptop that you've never opened, sent it to warranty immediately.

Also, the above answer is kinda "have you tried to turn it off and on again?". It wouldn't make sense to be the screen, since the images clearly show the BIOS completely free from these lines, which makes sense, since the GPU drivers aren't loaded yet.

Furthermore, <insert brand> support are mostly useless, too. They ask you to do generic stuff and most of them don't even have an IT background or anything related. This has nothing to do with driver issues or a windows install, unless your preinstalled OS came with completely wrong drivers, which seems highly unlikely.

It is a hardware issue.