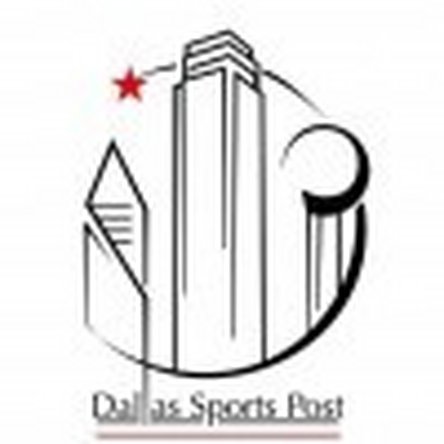 My MacBook Pro turns on, but has a black screen.

I have done the flashlight test. I shined a flashlight through the Apple logo and can see the login screen. I have reset the PRAM and the SMC to no avail. Not really sure what else to do. Any advice would be greatly appreciated! :D

Since this model has a LED-backlit TFT active-matrix display the problem could be the controller or the display. Is there any history you've neglected to share (liquid spill or dropped).

Neither repair is easy, no would I start either one unless I knew it was the correct one.

I'd say take this to Apple, or an Apple Certified Repair shop to find out what is the true problem.

No drop or spill damage. The screen was working and then it just stopped. That's really all I know unfortunately.

I know of no DIY procedure for identifying where the problem is for a case like this... maybe one of the other visitors will be able to help.

I opened it up and the LVDS cable end that plugs into the Logic board looks messed up at the connection. Could this be the problem possibly?

Plug it into an external monitor to help isolate the problem.

It works with an external monitor. How do I isolate the problem from there?

The screen isn't black. Its just too dark to see. So grab a flashlight and aim it though the lid where the apple logo is. It will light up the LCD screen enough to see if its on.

And maybe next time don't freak out when your Mac is going slow and stop mashing enter...you shut your Mac down by doing so. YOUR WELCOMES!

Hey... this is not a fix! I can log in but still my screen is almost black. I can only use it flashing a flashlight to it... but it will remain extra dark and wont come on to it's original brighntess although I succesfully logged in...

I just used this "ifixit" on a mid-2012 MacBook Pro - used a strong flashlight - took a while to get cursor right, but . then it worked a treat - BUT, what caused the problem, and how do you get out of it without a flashlight ? Would be nice to know !

no they mean voila!

Can you see whats on the screen if you shine a flashlight on it when powered on? If so, you need to start with the inverter and/or the inverter cable if one or both look damaged (the cable frayed or cut, the inverter making noise, or burnt part etc), if those don't fix it then you would need to replace the screen.

Yes I can see the login screen when I do that. Im assuming the inverter cable is the same as the LVDS cable? I don't know much about Macbooks, but I didn't think my model had an inverter.

@Joe Jones, this model does not have an inverter. It uses LED technology to backlight the LCD

This same issue is happening to a MacBook Pro 15" Mid-2010 model, I'm thinking on to buy a new LCD/LED screen and replace the original one.

Because the LCD screen is working but without any backlight from the LED... are they one single spare part?

@oldturkey03 I have the same exact problem as this post and I have a macbook pro mid 2012. Do you happen to know if my model does use an inverter or not? I'm trying to find out as much as I can as not te get ripped by the expert who will fix it. If it doesn't use inverter, do you think the LVDS cable could be it? Thanx!

@oldturkey03 The cable doesn't look damaged and the connector in the corner looks fine : ( I asked you in another post how to "check" the backlight fuse, I mean, how to tell if it's good or not... And as we are here if you don't mind telling me too where's the BACKLIGHT IC and how to check it? Thanx in advance!

I just went through this. Took it to Apple Store genius they did all their tests and found that the hard drive was inoperable.

They would not put a new hard drive in because I had taken it to an authorized Apple repair person and they had replaced the hard drive with a non-apple hard drive.

They had me go to Best Buy and sent instructions for the geek squad to replace the hard drive with a 2.5" SATA drive. I then took my MacBook Pro back to Apple and they placed my operating system in at no charge (apparently apple must send the hard drives they replace back to the apple company for evaluation) since repair person put something else in about 15 months ago that was not the same as the original Apple would not replace it under terms of my apple protection plan).

I hope this helps!

My Macbook was working fine with the harddrive I had in it for a least a month or two. It is just a Samsung solid state 2.5 HD.

Guess I just need to take it up there and see if they can help me.

What has a hardrive to do with the screen?

My MacBook Pro turns on, but has a black screen..

I had same problem and i solved by doing this

Like others, I had the black screen out of the blue. I'd tried everything that was posted here, and when my MacBook Pro finally loaded, I got a screen asking me to reset the password. That was not my issue, so I restarted the Mac. Finally, I saw a post that suggested "enter your password ". So I entered my password on the black screen, and THAT WORKED! Thanks so much!