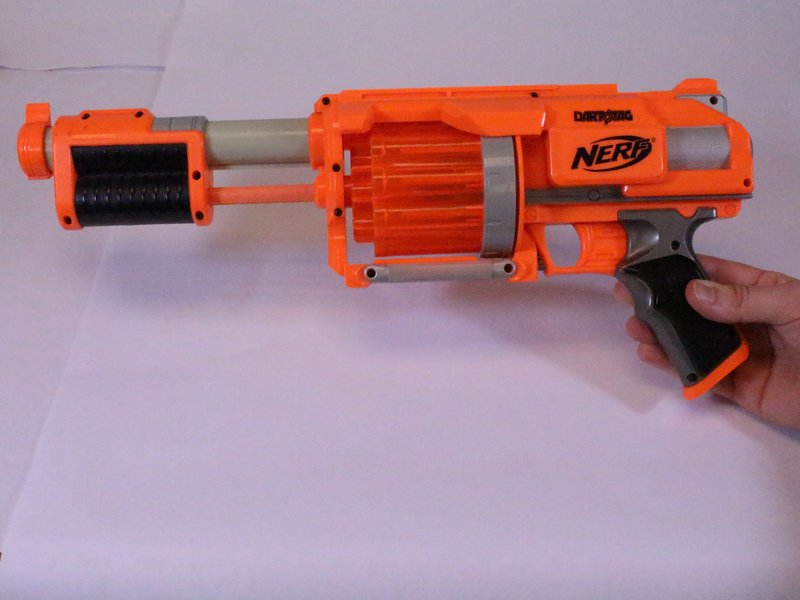 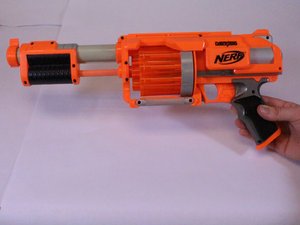 After pumping the gun and pulling the trigger, nothing happens.

Be sure that you have remaining darts in the chamber.

Look inside the barrel. If there are darts stuck inside, remove them. If you cannot remove the blockage, use our guide on [无效指南链接], and push the blockage through.

If the previous issues have been resolved with no success, open up the Nerf gun. You will see a large spring towards the top of the gun. Remove the spring for replacement.

Chamber holding darts does not rotate

When pulling the trigger, the chamber does not rotate.

Dart stuck between barrel and chamber

Open up the gun. Remove the chamber, and wipe it down with a wet cloth.

After pulling the trigger, it remains stuck in place.

Open the gun and remove the trigger. Wipe down the trigger and attached mechanism with a wet cloth.

Open the gun. There is a small spring located next to the trigger. Remove it and replace.

Open the gun. In some cases, the trigger mechanism may have moved and is now misaligned. Remove the part and put back in proper alignment.

When you try to pump the gun, it won't move.

Open up the gun. When the gun is pumped, the small orange bar that sits on the lower part of the pump is pushed in. In some cases this piece can be bent. Remove it and replace with a straight part.

The pump does not catch, but instead moves freely.

The gun has already been pumped

When the gun has been pumped, the pump will then move freely on the track. Fire the gun by pulling the trigger, and it shouldn't move freely anymore.

Open up the gun. Check and see if thelarge spring towards the top of the gun is connected properly. If not, remove and realign it.

The long orange piece on the bottom of the pump track may be fractured. If you cannot see a fracture from the outside of the gun, take apart the pump and look inside. If it is fractured, remove it and replace the part.