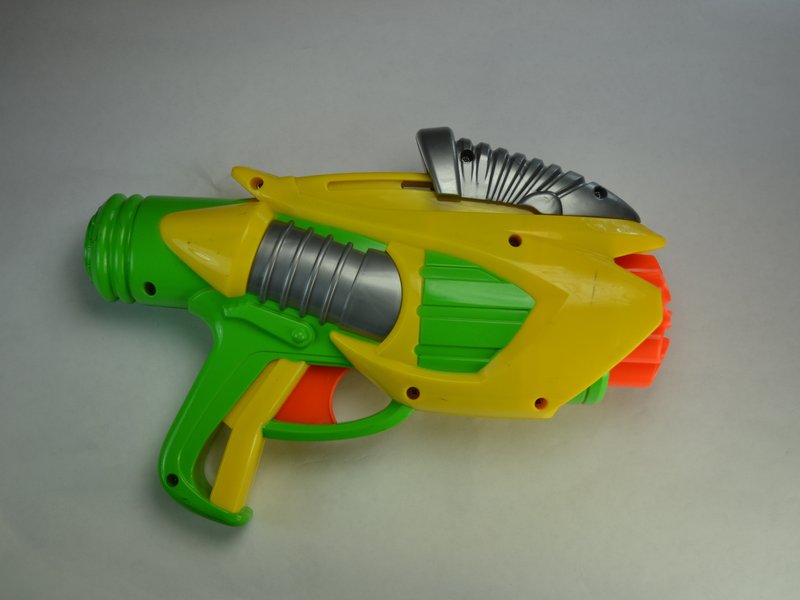 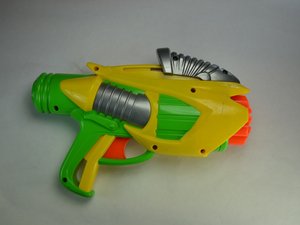 Darts get stuck in the barrel

When you pull the trigger, you hear the gun fire, but the dart stays put.

First, be sure that it is the blaster that is causing the problem. Some darts can become torn or bent, which can make them lose air or catch on the pin.

If you hear the gun fire and perhaps see the dart move, but not shoot, the first thing you should check is the pin onto which the dart fits. If it has become bent, it could hold the dart in place, preventing it from firing. If this is the case, try to gently bend it back into place. If this doesn't work, or if the pin snaps, you will have to replace the barrel. For this, you should consult our Air Blasters Tek Six Barrel Replacement guide.

When you pull the trigger, you hear the tension release, but not the sound of air being forced out of the barrel. The dart does not shoot, or travels a much shorter distance than normal.

Plunger has lost its seal

If you hear the blaster fire, but the dart does not move and the pin isn't bent, it's possible that the plunger has lost its seal. This means air is escaping out the side of the plunger, rather than being used to propel the dart. Open up your blaster and check the plunger for leaks. You can attempt to plug small cracks or holes, but it would be easier to just replace it. Check out the Air Blasters Tek Six Plunger Replacement

The blaster reloads, but won't fire when you pull the trigger.

The best-case scenario is that the trigger has simply detached itself from the rest of the internal mechanisms. If you open up your blaster and the orange plastic trigger is not attached at the back of the blaster, simply reconnect it and reassemble your blaster.

However, if the plastic of the trigger itself is broken, you will need to replace it. Check out the Air Blasters Tek Six Trigger Replacement guide.

When you pull the slider back, it doesn't click.

If the reload slider itself is broken, there is the risk of potentially cutting yourself on a broken piece of plastic. Check out the Air Blasters Tek Six Reload Slider Replacement guide.

The blaster reloads, but the slider on the top feels loose and does not return to the front upon release.

If the spring connecting the slider to the front of the blaster is broken or disconnected, the slider will not return to its default position and will feel loose, but the blaster will still reload. Open your blaster and examine this small spring. If it is disconnected, reattach it. If it has snapped, replace it. Check out the Air Blasters Tek Six Reload Slider Spring Replacement guide.

Hi there. I got a question:

I got a LH hk416 v2, it works absolutely fine shooting without the mag on, but with the mag attached and ammo prime, the blaster only works 100% upside down, but a lot of time when shooting upright (normal position) it just wont shoot (not firing). Can you help?

Hey I've got a m4ss and as soon as I connect the battery the gun will continually fire without being turned on or the trigger being pulled do u know Wat the problem would be?

Blaster won’t open. I have all screws off but I can’t seem to open the blaster.