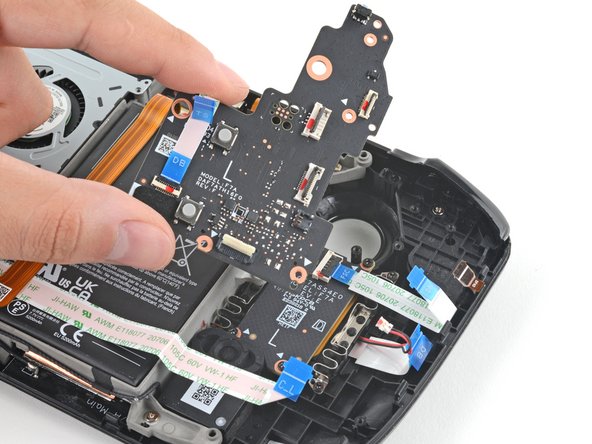 Use this guide to replace the left button board on your Steam Deck.

Before you begin, completely power down and unplug all cables from your Steam Deck. Remember to follow general electrostatic discharge (ESD) safety procedures while repairing the device.

These steps only describe how to physically remove and replace your console’s button board. You may need additional software tools and calibration procedures to get a replacement board to function as intended.

I also have the same problem as boop pert.

I'd like to know if the board with be available as the Left Bumper is non functional now and needs to be replaced entirely.

Got the same problem, my steam deck fall and broke the L1 internal button , and as i see is attached to the left button board. Is there any ETA to have this part available ? Thanks !

I have my L1 button not responding anymore. After checking, I could see that it comes from the board itself. I have the same question that above me.

Will this board be available for purchase soon? If not, do you think that valve will still replace it if I send to the after sales service? Thanks