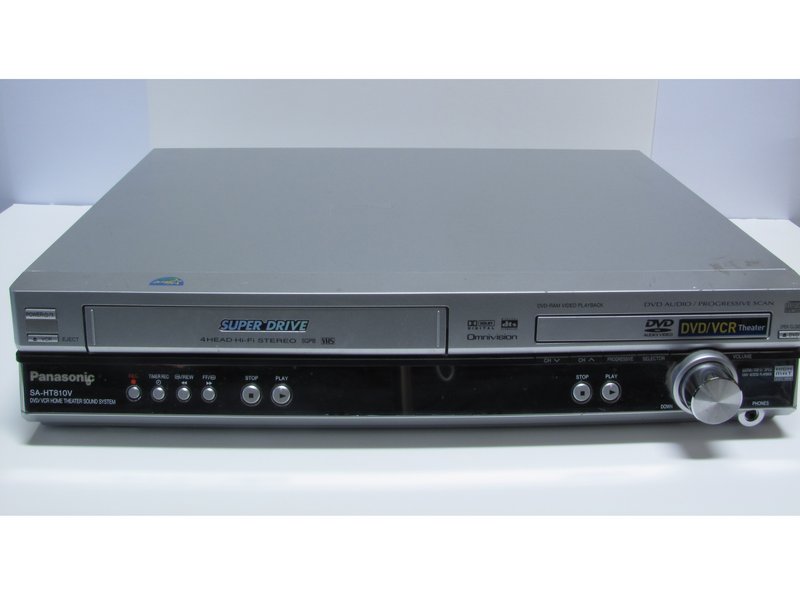 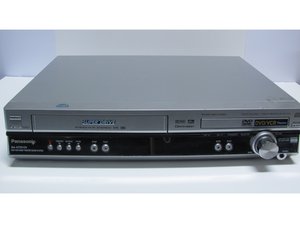 The Pansonic SA-HT810V DVD/VCR Player was released in 2003 as part of a Home Theater System.

How to clean your Panasonic SA-HT810V VCR heads

Track down a number of hardware problems using the Panasonic SA-HT810V Troubleshooting Guide.

The Panasonic SA-HT810V was one of the original DVD/VCR combo players that was released by Panasonic. It included multi-format playback which allowed you to play your JPEG, MP3, and WMA files.

The easiest way to identify your specific model number is to look on the back of your system, and under the Panasonic logo should be the model number.

The Panasonic DVD/VCR player was only released in silver and it unlike some later models does not allow you to record your VHS tapes onto a DVD because it does not include a built in DVD recorder.

The DVD/VHS player was later replaced by the Blue-ray/VCR combo which did everything that the previous model did except it also allowed you to play back your high definition Blue-rays.