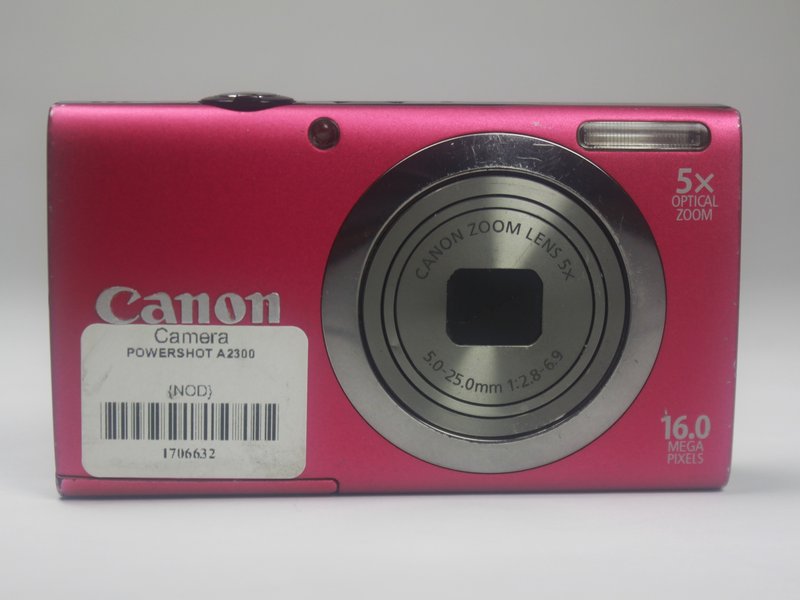 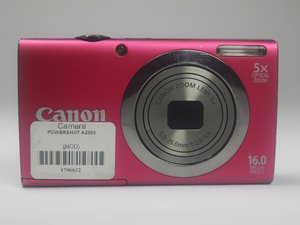 Is your Canon PowerShot A2300 not working properly? Please consult our troubleshooting page to diagnose the problem.

The Canon PowerShot A2300 is a point-and-shoot digital camera originally released in February 2012, and is sold at an estimated retail price of $139.99. This camera comes in four colors: black, blue, pink, and silver. The Canon A2300 parts include: a plastic casing, glass screen, and a Canon Zoom Lens. This camera boasts a 5x optical zoom as well as a 16 Megapixel CCD sensor with a DIGIC 4 Image Processor. It has the ability to shoot video in 720p HD. The Canon A2300’s measurements are 5.5 cm x 9.5 x 2 cm.

There are neither manufacturer recalls nor any known failure modes for the Canon A2300.