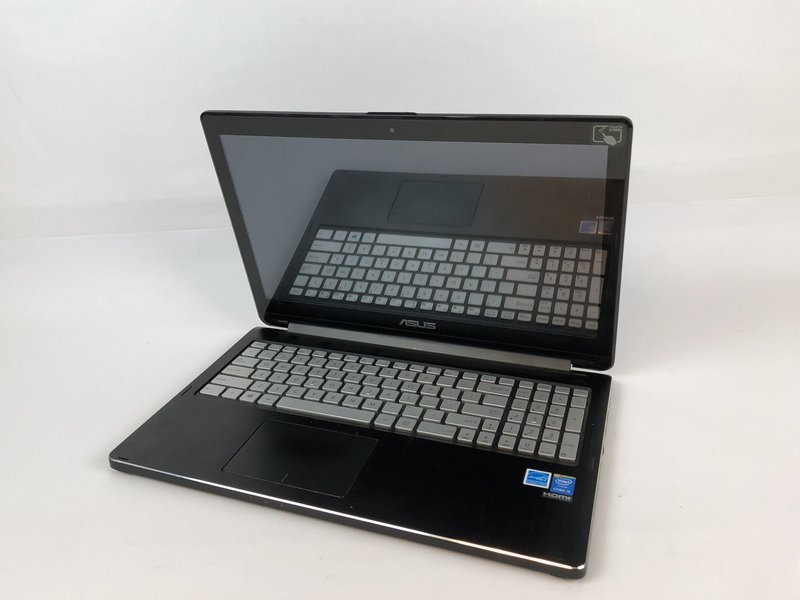 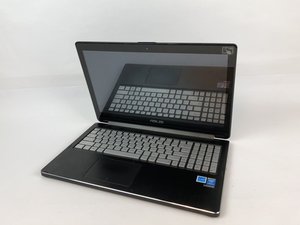 The Asus Flip Q502LA-BSI5T14 2-in-1 is a convertible laptop with a 15.6-inch touchscreen display, backlit keyboard, and 8 GB of RAM. It primarily runs on Windows 8 operating system.

For any questions regarding issues with the Asus Q502LA-BSI5T14, please refer to the troubleshooting page.

The Asus Q502LA-BSI5T14 was released July 2015 in retail stores and on Amazon. It has a black finish, weighs seven and a half pounds, and has a 15.6-inch display that is convertible for both laptop and tablet uses. The full model number can be found on the information sticker on the back underneath the barcode . This particular model can be distinguished by its silver keys on a black background panel. The Asus Q502LA-BSI5T14 runs on an Intel Core i5 processor. It also has eight gigabytes of RAM and a one terabyte hard drive. It features a touchscreen display, a one-megapixel webcam, and a hard drive speed of 5400 rotations per minute.

Users report that this laptop touchscreen easily scratches and cracks, and because this model was released in 2015, it may not support newer software or match the speed of newer models. However, the Asus Q502LA-BSI5T14 is still a functional laptop/tablet hybrid with a large hard drive.