Can I replace a 1TB fusion drive with...

Yes! You can remove your current Fusion Drive set and replace one or both of the drives.

As to your choices here, I think you’re pushing it, a 10 TB drive is just too big for your iMac (heat & power) It would also be less attractive trying to resell and its performance might not meet your needs limited to SATA III (6.0 Gb/s) throughput.

So what would I do??

I would limit the HDD to 4 TB as the largest SATA drive. Then you have the question of the PCIe/NVMe SSD drive.

Frankly, I wouldn’t setup a Fusion Drive at all!

I would configure the blade SSD as the boot drive with all of my apps and leave as much of the drive I can empty! So if I have 128 GB of Apps I would get a 512 GB SSD. This allows the system to leverage the rest of the SSD as virtual RAM as well as cache & paging space for the apps making them much faster! A bigger 1 TB would be even better for video editing!

If speed is needed for the deeper storage I would go with a RAID’ed external Thunderbolt3 drive and not bother with the internal HDD at all!

Last year I helped setup 4 iMac’s for video editing. Each was bought with 1 TB blade SSD’s and we configured OWC Express 4M2 external drives and lastly a very large NAS system for the video archive.

Then to take current HDD out you’ll need to follow this guide iMac 因特尔 27" Retina 5K 显示屏 硬盘更换 and if you want to get to the blade SSD you’ll need to follow this guide 27英寸 5K Retina 显示屏 iMac 固态硬盘SSD 更换 and here is the needed blade SSD Apple Proprietary PCIe 3.0 x4 interface SSD’s and here more info on the PCIe SSD’s The Ultimate Guide to Apple’s Proprietary SSDs which explains in great detail the different SSD’s Apple has used over the years.

I currently have a 2012 MBP and just bought the 2017 base model IMac. I have bumped the ram up to 40gb and have been considering sapping the processor out for a i7-7700k and then doing the drive swap. In my MBP I have a 3tb Drive that is almost full, mostly photos ad videos. I have 4 kids so that stuff builds up quickly. Just looking for the best option to give me the storage I need and adding speed is always a +.

If speed is not that important (not doing large video editing projects) and you really want deep storage (10 TB or more) I would still go with an external solution.

Since you have at least one other Mac system how about thinking a bit bigger here.

You noted in the video editing suite we created we also had a Network Attached Storage (NAS) for the archive.

You can do the same here and by placing the system in a more secured placement in your house your data will be safe from being banged about or sprouting legs.

Ideally, you'll setup an Ethernet network between the different locations your systems sit and you could add in a few less obvious things like your Apple TV's via WiFi so you can share your medial library.

As an example I have a Mac Mini as my media server which hosts a 4 TB drive for my music & videos. I have a second 4 TB drive thats my backup drive for my three other Mac's. I did this quite a few years ago, today I would use a stand alone NAS instead.

My two other mac's don't have super deep storage just 2TB each. Only my photo editing system has more storage 4 TB RAID'ed and a 1 TB SSD boot drive.

Dan, would you not install an HDD inside the iMac, would there be any point in installing an SSD in the iMac along side the new blade ssd? I have 2 goals...main goal is to vastly increase my storage capacity, secondary goal would be to increase speed/performance. I will mainly use iMac for web apps for work, email, then photos storage/editing and video storage / editing. Im just looking to to get the best bang for the buck. M thought initially is I will have the iMac open I can swap the drive, and swap the processor then I am maxed out with this machine.

My recommendation which these guides support is to:

● Max out your blade SSD (highest I/O speed within your system),

● If you need deep storage stick with a second drive SATA HDD (1~2 TB). Not much more!

● If you need fast storage then using a RAID'ed external solution, faster than SATA I/O which is slower than Thunderbolt!

Having a second SSD (SATA) doesn't make as much sense given the cost and the bottleneck of SATA I/O if you need very deep storage 4TB or more.

Depend on the size of the drive. If your drive is too thick, it will not sit. The SSD used in the Mac is not the SATA3 2.5in but the PCIe drive with apple design. The display is glued to the body so you need to buy the adhesive strips to mount the display back. 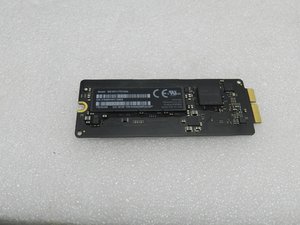 That is 1TB drive and fusion drives have 128GB or 64GB depend on the model. The 3.5 are okay but too heavy and bulky so I usually use 2.5in 2TB drives for internal and the rest of data stored in external drive.

Do you know the maximum thickness of a 3.5” HDD I can add? Also are you saying that if I’m adding an HDD that I can’t add an aftermarket SSD because it proprietary?

A Fusion Drive leverages both drives! The SSD is not seen directly! As its setup as a cache drive in the Fusion Drive set.

I’d like to remove the fusion drive all together because I think it is slowing the machine down. Will the 5k work without it?