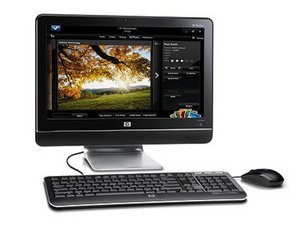 Why too many problems?

last monday i had a problem with windows updates and had to contact microsoft support for help when i was in live chat.. she asked for my permission to remotely access my computer (OK'ed by me) and she tried everything after a few reboots just like i did with no luck.. but then she wanted to do this n that and i said ok as long as she knows what she’s doing.. then the last one she said it needed to reboot in order to change my local account and we just stayed on and i said ok.. after rebooted, the blue dialog popped up on the screen showing ‘Boot Device Not Found’ and i got !#^&@@ because it’s happened twice.. i knew it wouldnt do anything but i tried anyway.. nothing’s succeed even been trying for almost a week and had to stop since yesterday.. contacted hp for help with no luck but they suggested it needs to be dropped off at the store to have an expert to do so.. (will do that later unless i get it fixed)..

(something popped up on my mind there’s another computer sitting in the closet.. i went and took everything out and set up with my same account and yay.. a coupla hours later for no reason it doesnt work anymore.. very frustrating.. put them all back in the closet and will need a tower to be dropped off at the store later or i'll re-try it myself later..)

so then, i installed windows 10 media installation on my flash drive from this computer (kids') and re-tried with my computer.. lotsa problems but one thing on the local account screen shows 'sandi' that microsoft support created the last time to change from Administrator.. i typed my password that's incorrect then tried my 2 old ones not succeed and tried 'reset password' that i needed to have a reset password cd i created but i didnt.. how do i get a system restore not a hp recovery (i do not want to lose anything such as my personal files/pictures/videos, etc, etc..)

the problem on my desktop shows 'boot device not found', although, i've tried so many options that are not succeed.. only i did was test that showed system/memory diagnostics was passed but still the boot device issue.. is there any way to repair my computer without losing my pictures/videos/documents, etc, etc?

the system i'm unable doing anything with options below

Restore this computer select an operating system and then System Restore

Not enough memory resources are available to process this command.

i did this and nothing's changed or succeed

right now it reads on the screen

without a flash drive installed

ERROR: No boot disk has been detected or the disk has failed.

I hope an expert can help resolve this huge problem..

Answered! View the answer I have this problem too Subscribed to new answers

Is this a good question?

It sounds like something seriously messed with your hard drive’s boot sector. The cleanest option may be to wipe the drive and start over with a fresh Windows install.

You can follow these instructions here to physically remove the hard drive from your computer. You can then connect it to another computer or use an external enclosure to recover your files.

wish it had closed caption

"Before installing a hard drive in the cage, make sure there is a rubber grommet in each of the two holes closest to the captive screw side of the cage.

Install a new grommet if either hole is missing a grommet."

does this mean if 1 grommet or 2 grommets missing, i would need a or both new ones, correct? and if both still there then no need a new one(s), correct? if correct, then what next? now, are you saying i can then connect it to another computer or use an external enclosure to recover my files? do you mean connect to another computer no matter what computer like acer or whatever to recover my files then reconnect it back to my computer that i removed from? what will it happen if i place it back to the same computer after either grommet(s) missing or not?

Once you remove the hard drive, you can connect it to another PC (non-Mac) that has the same port (looks like it's SATA), so that you can read the files with that PC and back it up. If you successfully back it up, use that PC to format the drive before putting it back into your HP. Then, reinstall Windows onto it.

This is a huge undertaking and possibly a last resort option. If you are uncomfortable with any of the process, I definitely suggest getting a friend to help out, or to take it to the repair place.

ok great and i will do that then.. although, since i do not have a car of my own, i will have to wait until this friday for my daughter to bring the kids for the weekend.. she will pick up my computer, will it need to come with just a Charger AC Adapter Power Cord?

Yes, you should bring that just in case. If you are taking it in for repairs, you should not need to bring the keyboard and mouse.

i hadnt brought it to the repair place since no car of my own and my daughter's not able to as a busy mom/worker.. so, i determined to contact a microsoft tech support once more with all informations like i sent.. here goes

Thanks for contacting Microsoft support. Based on our discussion here are some further tips that should help.

More information for you

so to reinstall the windows follow this steps, this will clean up the computer to fully refresh it.

Attach the USB flash drive or insert the DVD on the PC where you want to install Windows 10.

Restart your PC, and then press any key to boot from the USB flash drive or the DVD.