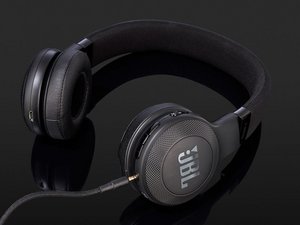 Released in 2017, the JBL E45BT are wireless on-ear headphones with Bluetooth 4.0 and 40 mm drivers, rated for 16 hours of battery life. 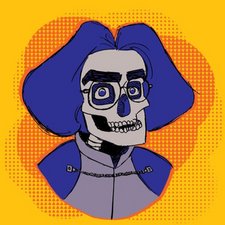 Right earpad came loose. Can it be reattached?

The leather holding the right earpad in place on my pair of JBL E45bt phones came loose recently. As a result, the right earphone is actually further away from my ear than the left, creating a pretty significant volume imbalance. 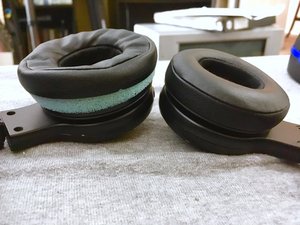 They're not like your typical overears. It seems like the pad is glued to the interior of the headphone, and isn't replaceable without taking the headphones apart (though I may be wrong). 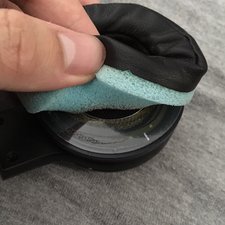 I tried removing the security screws thinking that there might be a way to dismantle the casing and get back under the piece the pads fasten to, but removing the screws yielded no results and I still don't know how to take this thing apart without breaking it. Not to mention I'm not sure what my next step would be. 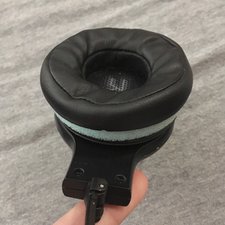 Anyone know how to rectify this? It's a great pair of headphones and I'd hate to have to replace it over such a small cosmetic issue.

EDIT: I should clarify, these aren't like the JBL E40's or the E55BT's where you can simply take the earpad off and replace it. The earpad and phone seem to be one integrated structure. I haven't seen anyone take these apart so I'm not sure if there's a proper way to do it. 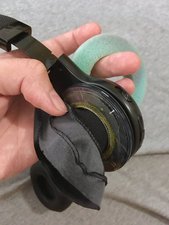 This is what the cup looks like beneath the foam. It seems to be a clear plastic plate, underneath which the inner fabric of the pad is glued, beneath which is navy blue disk. The outer leather of the pad was fastened to the underside of this navy blue disk, and I think if I can separate the disk from the rest of the cup I might be able to refasten it, but so far I haven't found a way to do this.

Thanks to @oldturkey03 and this video, I was able to fix the problem. 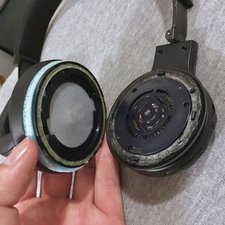 It turns you you just have to tear this ear pad right off. I was afraid of pulling it further because it's tacked down and I thought I was breaking it, but it just snaps right off with no trouble. 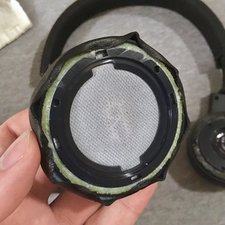 From there you just reglue the loose leather. I used superglue and did the four corners first, then the spots in between those corner, and then everything else in between that hadn't been glued yet. 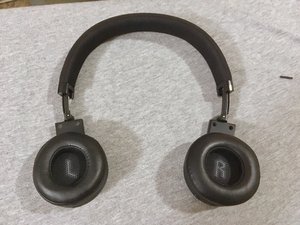 The end result was this! They look and feel and sound just like they did before! Hooray! I guess it wasn't so complicated after all :P

@polymathematic great job in getting it done. Thanks for the update on how you did it. Going to be helpful in the future for others.

@polymathematic take a look on here https://www.youtube.com/watch?v=fBjnFsaB... and see if it works for yours. If not post some pictures of what your set looks like with the Ear cushion off.

there should be no reason to disassemble the opposite side. It appears that the part marked by the blue arrows is part of the cushion assembly. Right below that must be the driver (speaker) See if you can remove that part.... 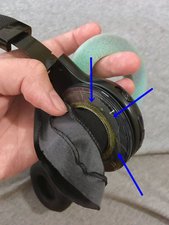 That's the problem, the ear cushion doesn't come off. At least as far as I can tell. It seems to be glued into the structure of the phone itself. There's no way to twist or pull or peel it that seems to budge it at all. So far I haven't found any videos of people taking this particular pair apart so I'm not sure if it can be done. If you'd like i can post another picture showing what I mean.

If your cushion is already off, post a picture of what is left.

@oldturkey03 I've made an edit showing a couple more views of the thing. Hopefully it clears some stuff up.

@oldturkey03 You were right! I was afraid of pulling on the piece further because I thought I would break something, but it was just held on with a little glue - glue which was still tacky after I removed the part. I was able to superglue the leather edge to the underside of the pad and it feel and sounds just like before! I think I'll update the post showing what I did in case someone else has this problem.

My plastic piece that attaches the ear cups to the headphones is broken. Is it possible to get a new piece?

I was able to successfully glue my earpiece pad back on.

I have the same problem. I find it unacceptable that expensive headphones come apart so easily though. I do not want to have use superglue to repair something that should have lasted a lot longer than it has. Mine are still under warranty but now I have to waste my time going through the process of having them replaced.

I’ve got the same problem. JBL already shipped warranty ear pads. So I’ve just got to pry between the ear pad and the “conical plastic swivel piece” (my term) to separate the 4 snaps and the glue holding the ear pad assembly to the driver and then VOILA!?