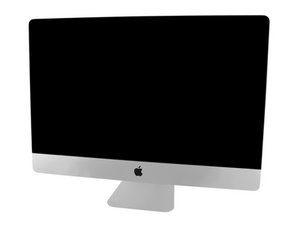 If it doesn't work, which one should I get?

Yes, I'm sure (I'm attaching the image). I think it's a 2 lane SSD because it is Fusion Drive. 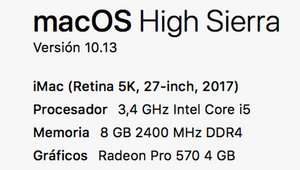 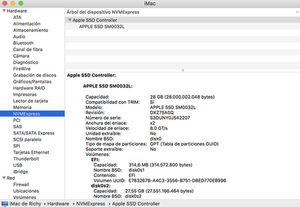 Here is a review from a trusted source: Mini-review: How much faster have high-end iMacs gotten in the last 5 years?, jump down to the section: SSDs: Getting the most from PCI Express

When I was checking the system out at the Apple Store I remember it being 4x PCIe 3.0 NVMe.

That explains it! A fusion drive has a smaller 64 or 128 GB SSD. The straight high capacity SSD models have the four lane units.

I haven't seen any available yet, which is why I was pushing you to buy the system with the SSD Vs later. If you can talk to Apple (Apple Store or who sold you the system) to see if you can swap it out. If you've just got the system you have a small window to do that.

I forgot they lowered the SSD size to 32 GB on the newer systems as well. Here's more: iMac 1 TB Fusion Drives Have Smaller SSDs

If you haven't bought your system yet I would recommend you get one with the largest SSD Apple offers that you can afford and then if you want to add later a second SSD or HDD you'll have an easier time adding the SATA III (6.0 Gb/s) drive than trying to gain access to the custom PCIe/NVMe SSD blade drive slot on the back side of the logic board.

If you've already bought your system then I would recommend you forgo the internal blade SSD for now. Instead get an external Thunderbolt2 SSD RAID drive setup it will be cheaper and offer as good performance as the internal blade SSD. And lastly, be a lot less work and less risk as these systems are not easy to open!

Review this IFIXIT guide: iMac Intel 27" Retina 5K Display SSD Replacement. You'll need the special tools to open the system and Adhesive strips to put your system back together. The biggest risk is damaging the display in the process of removing it, that would be a very expensive Opps!

OK, you still want to go for it! What is the SSD I need. You'll need either a two or four lane PCIe/NVMe Apple custom SSD. I would strongly recommend getting the four lane but they are much harder to find. The part you found is a two lane model (mz jpus12t/0a6) while it will work you won't get the same performance as what Apple uses in this system a four lane SSD. So far no 3rd party offers blade SSD's for this series. They also only offer two lane versions as well for the older systems.

Thanks for the answer. Do you know what four lane model should I buy? I checked the info on system information and the ssd shows a x2 link width on the iMac 2017. But I checked the same info on an Macbook pro 2015 and it showed a 4x link width, could this ssd work on my iMac?

Here's a good writeup on the custom Apple SSD's The Ultimate Guide to Apple’s Proprietary SSDs BeetsTech also sells them.

I used a Samsung EVO 970 NVMe and a Sintech M.2 to Apple PCIe Adapter.

I couldnt be more happier with the result: 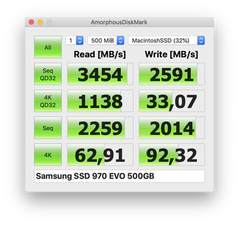 Do not buy the Samsung EVO 970 “Plus” version , the plus version is known not to work:

Sorry, can't check the Instagram link, cause I live in China and it's blocked here. My question is why does Evo 970 plus doesn't work? And what if I use INTEL 760p?

The EVO 970 Plus will not let you install macOS, we tried everything.

It will simply fail randomly somewhere in the process, never the same for reasons unknown, I would bet on the the macOS driver not beeing compatibe with the EVO 970 Plus controller. (which could change in the future ).

Keep in mind that Apple actually uses Samsung chips and controllers for its own SSD drives so its probably a good choice to stay close and use Samsung and the polaris controller.

Sintech also recommends the regular EVO or even suggested to use Intel 660 or Intel 760.

After I replaced the blade ssd, can I keep the standard HDD? My iMac sees it but says it is not connected

How do I split Fusion drive on Mojave / APFS?

Is a thermal sensor needed for the sata drive if upgraded?

Update: I upgraded my sata HDD to a SSD. I didn’t install a thermal sensor and the fans run as normal.

Hi Aron, With your upgrade (Fusion to SSD) did the iMac runs faster? It was worthy the investment? Tks.

Yes much faster! The standard 8GB of ram is also a big bottle neck. I added another 16GB bringing it up to 24 and it’s a different machine now.

I bought thermal sensor cable but my engineer who did the upgrade said its not needed. so its lying with me but not in use.

I have successfully upgraded my iMac (Retina 5K, 27-inch, 2017) with a 2TB Samsung 970 EVO NVME SSD. The upgrade is running well, with no problems.

Nice detailed write up, fair play to you

i have a 2017 iMac 21.5. By default there was a 1TB Fusion drive installed. I replace the Blade SSD on the Board and the Hard Drive. I installed a Samsung Evo 970 Pro and a Samsung 860 Evo both 512GB. On the 970 I install MacOs and on the 860 is a copy of Windows. Speedtest under MacOS offers the Mac adress only 2 Lanes on the 970s. Read an Write Speed are approximately 1500MB/s. Does the mac have only 2 lines?