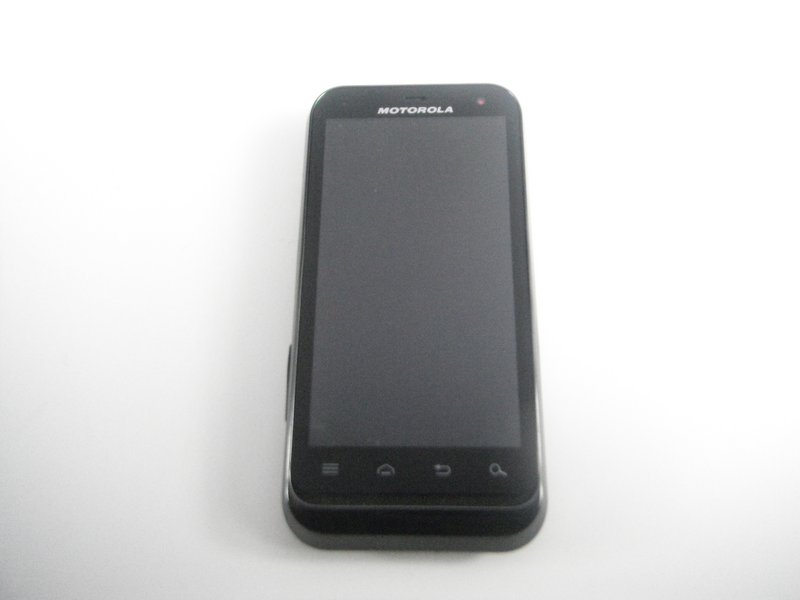 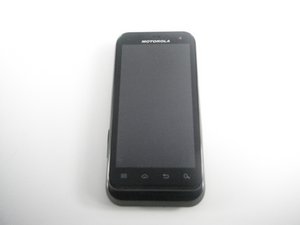 Cell phone won't turn on by pressing and holding the power button.

The battery could be dead, so plug cell phone into charger and leave for about 10 minutes before trying to turn it on again. If it turns on, leave phone on charger until the phone indicates the battery is charged.

If plugging the phone into its charger does nothing, the battery could be bad. See our guide on replacing the battery here: (Motorola Defy XT Battery Replacement)

The display or screen could be broken, and would need to be replaced. See our guide on replacing the screen here: (Motorola Defy XT Screen Replacement)

The logic board could be broken, and would need to be replaced.(Motorola Defy XT Logic Board Replacement)

No sound coming from the speaker

Phone makes no sound, and calls cannot be heard at all.

The volume could be set to low or off. Ensure that the media or in-call volume is turned up by using the volume control buttons on the right side of the phone.

Repeated use of the headphone jack can sometimes cause the phone speaker to short out and malfunction. If this is the case, contact Motorola's service center for help.

Certain applications appear not to work, or show errors in performance

The SD (memory) card could be causing problems; try reinstalling the SD card according to our guide: (Motorola Defy XT SD Card Replacement)

Some people choose to install a 32 GB micro-SD card for improved memory and space on their DEFY XT. However the phone was not built to power such a large memory card, and this can often cause performance issues. Try replacing the card with the stock 2 or 4 GB card and see if this solves your problems.

Pressing the top button does not shut off the screen. Instead it brings up a 3 option menu for power off, airplane mode or silent mode. Also, when the screen times out and does go blank, it takes several top button presses to make it turn on the screen. Tried the battery, all the typical stuff, including factory reset.