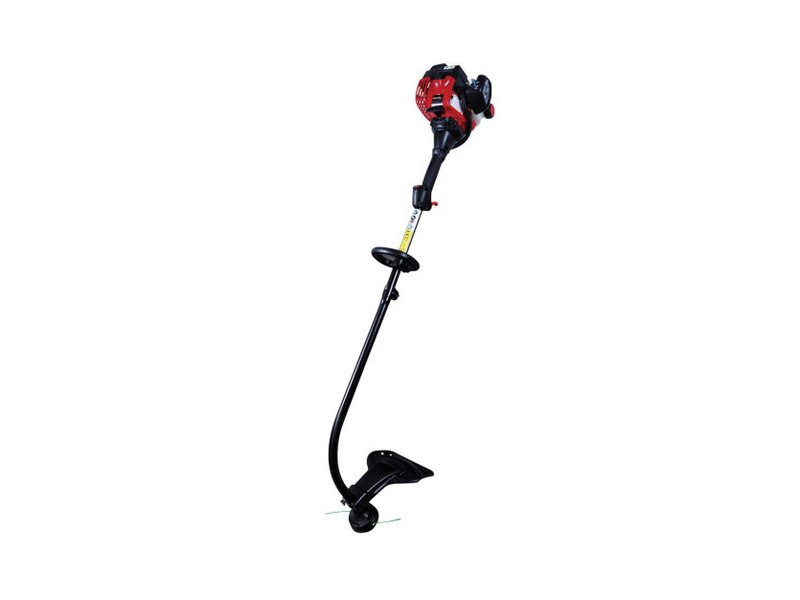 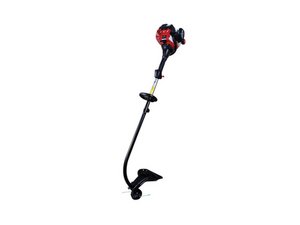 Weed whackers consist of a long shaft with a handle for control with a rotating spindle on which the cutting string is attached. Weed whackers are most commonly used for cutting small-diameter foliage (not saplings, branches, or other larger foliage) near obstacles or on irregular terrain that would prove impassable by lawnmowers. Generally, weed whackers include a bump feed string, meaning that when the string breaks, the whacker can be bumped against the ground and fresh string will self-load via a release mechanism. Because the string spins quickly, centrifugal force causes the line to become stiff and effectively slice through grass and groundcover. Although nylon line is common in weed whackers, monofilament lines have been designed to cut more powerfully through foliage. With the right lines, even small shrubs can be cut by weed whackers.

The “Weed Eater” was invented by George Ballas in Houston, Texas, in the early 1970s. The first string trimmer was built by connecting heavy-duty fishing line to a popcorn can that was bolted to an edger. Edgers were used to form distinct boundaries between lawns and other surfaces such as driveways.