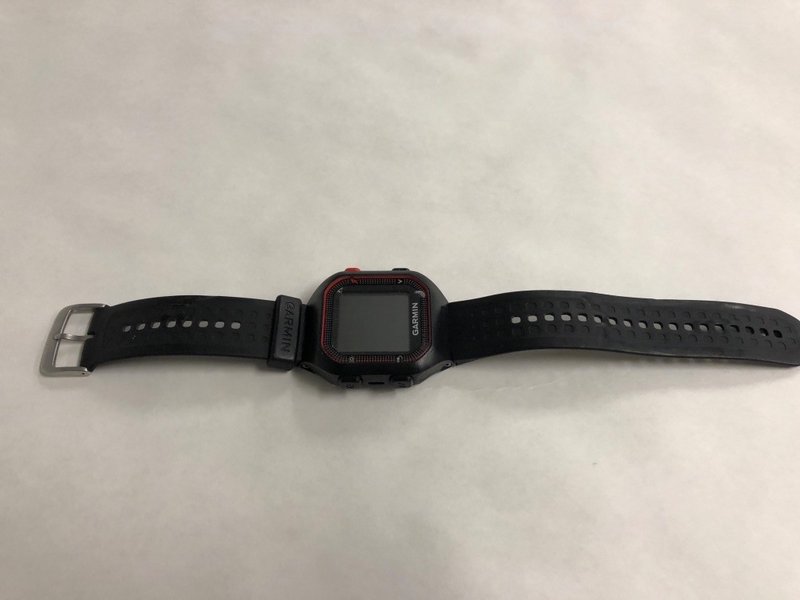 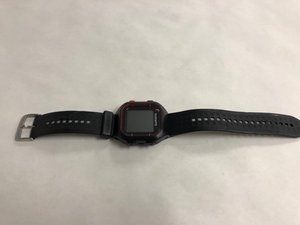 The Garmin Forerunner 25 is a running watch made by Garmin that was released in August of 2015. This model is identified by it's unique dots located around the perimeter of the screen. Two models, a small and large, were introduced in 2015, and are denoted by color schemes. Black and violet along with white and pink were used to denote the small model, while black and red or black and blue were used to denote the large model.

The Forerunner 25 is a slim smart watch that features a longer battery life, a larger, sunlight-visible screen, and a thinner casing compared to it's predecessors. Along with these improvements, the Forerunner 25 includes Bluetooth capabilities that allowed for smart phone integration, live tracking, and sync with Garmin Connect Mobile. This smart watch also featured incoming notifications for call, text, and calendar events.

To date, there have been no recalls for the Forerunner 25.