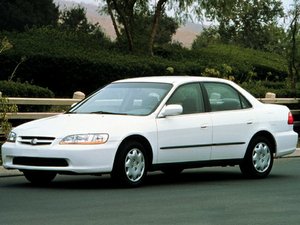 Cranks when turing on smells like gas coming out of the exhaust.!

My car is doing that it stalls when dirving I push on the gas it goes but it still wants to stall.! Also the car cranks when you start it. It starts up but you can smell gas coming out of the exhaust anybody what it could be?

David, what make, model and year is your car? Standard or automatic? How many miles? When was the last tune up? Any service engine lights on? How long has this been going on? Need more information to try to assist you. Thanks.

You say the car was serviced, what was this service? Is this a reputable shop? If they tried to sell you an engine claiming that your engine won't get far (and yours did) I might question their "service" (sorry I'm a mechanic cynic). Anyways. To run, an engine needs a few basic things: fuel, spark, air, compression. Lack of any of these things can cause troubles. The smell of gas indicates a couple things...1 you're definitely getting gas and 2, combustion is not occurring completely. Incomplete combustion suggests (to me) lack of spark or compression (incorrect air/fuel ratio is possible but we'll try that later). If you can, pull your spark plugs and check their condition. If you can go to a local auto store and rent a compression gauge and measure your compression that would be great too! Let us know what you're able to find :)

Fortunately, your car is dated post 1996, making it an OBD-II car. Phillip's suggestions are all very good, though personally, I would start by trying to pull an engine code. If you're smelling gas, then your emissions system is definitely on the fritz and probably knows it. This causes the computer to "throw a code" which SHOULD make your Check Engine light turn on. Go to your local auto parts store and ask them if they can pull the diagnostic code for you. A lot of shops will. Or, if you're feeling wealthy, a full-featured code reader can be purchased for around $150. (A mandatory puchase for any SERIOUS automotive DIYer) There are cheaper ones, but a lot of them only work for certain makes/models and don't provide descriptions for the codes, forcing you to look them up elsewhere. Personally, I am of the "buy once, cry once" mentality.

Pull the code, and post it along with its description if the reader gives it. That will tell us volumes about what needs fixing.

I do not get any check engine light on no codes.! check on youtube under 1999 Honda Accord EX L V6 and look for Cranks when turing on smells like gas coming out of the exhaust.!

Oh WOW. So THAT's what you meant by cranking! That makes WAY more sense. Double thumbs up for the youtube vid. That was a stroke of genius.

Sounds like one of your cylinders isn't firing. If it smells like gas I am amazed the car didn't throw a code.

Alright, the car runs well enough after a bit, so timing doesn't seem like it'd be the issue. Fuel/air mix is determined by preset values in the ECU's memory, so that's probably out. If it smells like gas, then you're definitely getting fuel. HMMM.

My first thought is fouled spark plugs. Take your plugs out and look at them. Here's a chart showing what you're looking for. "Reading" your plugs If any are fouled or damaged, replace them. A full set of NGK's shouldn't cost you more than $35.

My second guess would be one of the sensors. OBD-II O2 sensors are self-testing, so it would throw a code if one of those were failing. The next culprit is the Mass Air Flow sensor. this sensor is usually mounted in a rigid tube just after the filter box and before the intake manifold. I used to have a TON of issues with my old jetta when that sensor fouled up with oil from my over-oiled K&N filter. ANYWAY, most auto parts stores sell CRC Mass Airflow Sensor cleaner. its a spray that costs around $5. Personally, I like to clean that sensor as part of regular maintenance every third oil change or so, depending on what my gut says.

The next thing I'd make sure of is that all my injectors were "clicking" correctly. This is the part I love to do where people can see me 'cuz I get all kinds of funny looks. Your local parts store should sell a "diagnostic stethescope." Just like doctors use, only instead of that invariably freezing cold flat plate, it will have a metal rod. When the engine is just starting and exhibiting that issue, touch the tip of that rod to each fuel injector (they'll probably be under those plastic covers on the top of your engine.) What you're listening for is the rapid clicking of that injector opening and closing at high speed. The stethescope should make it really easy to hear if you're touching it directly to the injector. If any of the injectors is clicking more slowly or worse, not at all, then you've got a stuck injector. You can try using an injector cleaner or fuel system cleaner from your parts store and hope for the best. My personal favorite is SeaFoam. It's about $8.00 a bottle. For best results, add it to a low gas tank (about 1/4 tank) and drive around until you're almost out of gas. If that doesn't free any stuck injectors, your next hope is finding a shop that will take out the injector and try manually cleaning it for you. Some shops have really tricked out setups for just these sorts of operations. If all else fails, you'll have to get a replacement, and I really wish I could tell you it will be cheap. Injectors typically run around $80 and up. Try Rock Auto if you don't have any luck with local parts suppliers. As with any parts, going to the dealer is a last resort, since you will almost always end up paying more than double.

As a part of your due diligence, I would also do a compression test. It will give you a good idea of the health of the engine. Detailing that would take awhile, so here's a good video on the subject. Personally, I like to remove the fuses that give power to the ignition and fuel system when I do this test. He bypasses those systems in other ways, but I prefer a hard disconnect. Your user manual should tell you which fuses they are.

I'm sure there's something I missed, but this is everything I can think of off the top of my head.

Finally, if you're really gonna commit to keeping this car alive for years to come, You're gonna need one of these. NOTHING will help you more than the right literature. Those Chilton and Haynes manuals they sell in parts stores are barely worth the paper they're printed on.

And as with any auto repair project, Good Luck!

+Mario T great and complete answer. Got almost everything covered. @David, you might want to get this to help you out further.Good luck and let us know how it is going.

@oldturkey: Yet again I am amazed at your ability to link to these all-important diagrams and manuals. HOW? Where?! I do a lot of wrenching and am constantly in need of the right literature.

It sounds like your gas was tampered with and damaged your fuel injectors. I had the same problem on my Honda Accord and my Grand Prix at the same time. Sorry, but it happens. Here's a quick overview of what you need to do: disconnect the fuel rail and attach a 2-foot rubber hose on the line for fuel drain. Turn the key to acc (do not start) about a dozen times to turn on your fuel pump to drain your bad fuel. Replace the injectors and add fuel injection cleaner (0-60 comes in a fluorescent orange bottle, I recommend it). Ta-da, you're done! I highly suggest you go out and buy a locking gas cap to keep this from happening again. God bless :)

Sounds like a Faulty fuel regulator.Check for fuel laying in the map sensor vacuum hose and in the air intake hose to the throttle body.