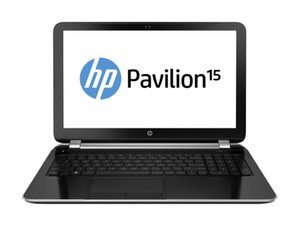 Why does my laptop keep randomly turning off?

I have an HP 15 ab584tx. It was working totally fine until last week. Now, it doesn’t turn on for more than a couple of seconds, sometimes just a second. It turns on and then, immediately turns off fully. All components turn off, even the power input port light goes off for a second, before coming back on. Sometimes it even makes it as far as the windows desktop screen and works fine for a minute or two, before randomly turning off again. It also sometimes gives me an overheating warning on boot(but doesn’t really overheat, more info below).

Here’s what I’ve tried so far:

Removing the battery, draining any static power and plugging in the AC cord.

Opening it up and cleaning it fully, repasting the CPU and GPU.

Entering the BIOS and letting it idle. (goes off after a couple of minutes here too)

Checked each cable for loose connection.

Everything I’ve tried yields the same result: the laptop turning off after a couple of minutes. I checked the temps via HWMonitor, which I managed to somehow install before it shut off, it was around 45-60 degrees overall, nothing concerning. During another boot I managed to install CPUZ and check the hardware dispalyed and everything looked perfectly fine(showed both the iGPU and Nvidia GPU and all 16GB of RAM)There was no physical damage to the laptop either.

I’m really lost as to what exactly is wrong with it. Since I’m in a high risk COVID zone, I can’t go to any service centers for a long time. Any help/input is greatly appreciated!

Try starting in safe mode and check if it stays on.

If it does there may be a driver problem

Has the laptop got any restore points set, so that you can restore it to a point in time before the problem started?

Were there any updates installed last week just before the problem started?

@bmx2019 Thanks for your reply, but I'm already doing that. No difference.

@jayeff Thanks for your reply! Tried that, but it's turning off everywhere, literally. Doesn't even stay on in the BIOS for more than a couple of minutes.

Can you feel the laptop fan coming up? can you boot with a 'linux' USB stick (need not install) and see if it stays ON. Or may be the thermalsensor is reporting incorrect values to OS but may be it does not trigger the FAN.

It’s a pity that you don’t have a multimeter as you could have used it to prove whether there is an intermittent connection in the power connector port or not and also to test the charger voltage.

Do you have access to one or know anyone who has one so that they can be checked?

Again this is only for elimination purposes but it would be a shame if you spent all your time trying to find the problem and it turned out to be the power connector or the charger.

Anyway not that you need it but here’s the maintenance and service manual for the laptop, taken from this webpage.

If you do need to replace it, search online using the part number only in the search term of your browser to find suppliers of the part.

Hey there! Thanks for your reply! I found an old one in my house, but it needs button cells, which I dont have right now. I'm trying to get a hold of some, but it will be kinda hard, the fact being that I'm currently in a red zone and I can't leave my apartment. I was initially confident that it was a motherboard issue, but your comment and @jayeff 's comments kinda point me towards a PSU/power adapter issue. Because it dies even when no HDD is connected, even when I'm in the boot menu where you can select the boot options, open BIOS etc, and even in the BIOS menu. To top it off, when I manage to log into windows for a few minutes at times, there are NO errors displayed whatsoever, NO BSODs, nothing. Also, this coincides with the fact that everytime it dies, the charging port light goes off for a second before coming on again. So, does it lose power for that one second? UPDATE: Found out that my laptop has a diagnostic test menu, checked AC adaptor from that, says its all fine.

**Revised due to some details moved to an answer after months of non-resolution.**

@iusman290 Get a cheap CatII/III meter that uses a common battery, ike a 9V. ​While you MAY be able to test it with the UEFI Diagnostics, they often miss the failure unless it is a blanket one that's easily detected, so you want to take a multi step approach with power issues.

I have seen Dell OEM chargers fail enough where LED backlights flicker on the 14-17" systems, but not on a 12-13" which can breathe on power requirements, especially with D Series-early E Series adapters from systems like the E6400.

I use a Southwire 10031S, which is $27 on it's own in most places give or take but you will not find it in Walmart - think Lowe's or Home Depot type stores. This is how I got mine. Walmart sells them too, but not the Southwire. I just do not like cheap meters from places like Walmart since they aren't as well designed around safety, but they're fine for DC electronics work

I’m having the same issue.  What I have found so far is the battery charges (new battery).   When I have the pc plugged in does the same shutdown.  When I run it only on the battery everything is normal again.   tried my other HP power supply and same issue.   When I boot into the BIOS and run the diagnostics on the laptop all is good and wont shutdown at all while plugged in.   SO… I conclude it’s a windows feature.   not sure what it is yet.

I Have the same problem, It works well on battery but shuts down when plugged in for some minutes. did you find any solution ?

Try replacing the power adapter, and hope for the best - the HP “smart” 65W adapter these 15-X machines come with is so light I have a feeling they are cheaply built internally. Try and get an OEM 90W, or a 65W - I personally use the travel 65W on my HP laptop (840 G3) and I’m happy with it. The ab laptops can run on a 65W no issue due to the low specs if you want to save a few bucks. DO NOT buy another one of the original 65W “smart” adapters, even from the HP store (Spare# 714657-001). They are hot garbage! 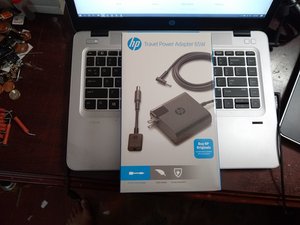 HP Travel Power Adapter (65W). Alternatively, look into the 90W version. I do not like the “smart” adapters due to how light they are, and their tendency to prefer power savings>power means they age badly and fail in weird ways. Unless the 65W is on sale at a very healthy price cut I do not recommend it as it is usually only $10-15 cheaper in most cases. It was ~$41 for the 65W vs. ~$65-69 for the 90W when I got mine. The 840 G3 can use the 45W as well which I know about because I had to buy one to get by while the HP purchased unit was delayed for days.

If for some reason the power adapter does not help, then you may need to replace the battery, or run without it - these are old enough batteries are beginning to wear out.

I bought a new adapter and checked , didn't work same issue even with new adapter

This case happened to my DELL once. And I abandon it gradually.