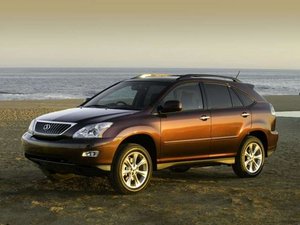 How To Update GPS

A lot of these integrated GPS units require a dealer tool, but some allow for DVD updates. That said, there are a few with unusual update anomalies on certain models with the GPS radio. The weirdest one I know of is the older W201/202 GPS Mercedes radio which had a map DVD in the glovebox and it had to be in there all the time to use it (flash was expensive and automotive hard drives weren’t cheap yet). They moved to a normal update method on the HD cars with update DVDs later on.

In a lot of cases, the DVDs are “dealer only”. The thing is if you have the part number for the DVD your car needs, you can get it on eBay for a lot less - it may be used, but as long as it’s readable and error free it’ll work. Some models are also known to use SD cards for map updates (Hyundai makes you buy it online and copy it to a card, but they’ll sell you a preloaded card as well), so you may need to buy the file online and install it. In some cases, you leave it in the radio as is the case with the Mazda and some Hyundai radios (Note: After so many miles, Mazda VIN locks the card).

The good news with yours is it’s a Toyota, so you can often do this with an update DVD and save the dealer labor cost. In your case with the RX450, it uses a update DVD from the dealer. You MUST use a map update that matches which radio you have - you cannot use Gen2 maps on a Gen3 radio to save money. The other issue with Toyota is they are known to release update DVDs that only work with some models like the Prius and select models beyond the Prius (limited), but you need another part number for Lexus radios.

Do you think the dvd would be in the back of the glove box.

@samuraisammy That was pretty much only seen on the pre-HD Benz system. You would put it into the drive on the Lexus infotainment center. Make 100% sure you can get 2019 maps if you buy one; you don't want to invest in 3+ year old maps. If you can't get anything that new, use your phone or a standalone GPS.

That hasn't been done in years unless it's an optional CD changer where you could use it for other types of media besides the GPS map disc. I mentioned it as an example of one of the "weird" car update methods.

So the centre console dvd drive.

ok great thanks for the help.

Hope this helps you!

Ok ill give this a try thanks

How do i plug in my computer to the car.

This model has a complicated update method, involving a special computer with a one-time license request.

Some russian guys extract the hard drive to write directly on it, but it’s hard : it is deep inside the console.

After the car gets too old (or the weird W201/202 setup as the MB DVDs stop in 2010), I'd use my phone unless I can buy a USB stick. I also have a Garmin LMT unit someone gave me for such cars (missing the car mount, but I can get it).

With Mazda and Hyundai, they use SD cards on most of their cars. Toyota might be doing the same but you'd want to double check here somewhat.

Usually the HD is part of the radio, but it sometimes has a tamper seal. The MB radios make the HD top accessible; not sure about Toyota/Lexus, but probably similar to make it easier to option in.