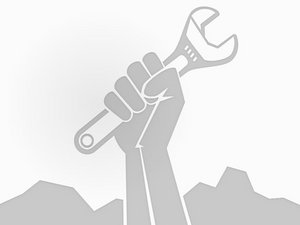 How to find the most repairable laptops?

What are the tips and tricks to finding the most repairable laptops?

If you have the money, premium business class laptops like the HP Elite, HP Z (high end workstation) or Latitude E6/7000 series and the Precision series are designed to be worked on. Some of these have the issues consumer models have like soldered RAM, but there isn’t any stupidity like soldered SSDs to worry about outside of glorified consumer models like the ProBook or Vostro. If you want to be sure, get a premium business notebook and check the service manual to see.

These laptops have almost everything someone looking for a repairable laptop would want - easy component access and high modularity since these tend to be serviced by businesses and bad design like spot welded keyboards isn’t tolerated - but it doesn’t stop them from trying so you need to be careful even though it’s not as commonplace.

The other thing is Dell is known to have keyboard issues on their laptops that don’t exist on other brands in terms of frequency of failure - but it depends on which model you get that determines how bad it is. For example the E6430 doesn’t have rampant keyboard issues but models like the E6540 do - to the point it isn’t uncommon for the long term use ones to have been though multiple replacements. I’ve been through multiple systems due to persistent hardware flaws with at least 1 keyboard replacement each time.

With this one I had 1 fail under warranty and needed to replace it again under warranty (6 total). My 3rd replacement for the surviving system was showing the early signs of failure and I had to send it in for warranty - when this one fails that's it - I'm not replacing it again.

I don’t know what it is about Dell, but their laptop keyboards seem to fail at a higher rate then others. The good news is you can generally get away with a backlight upgrade when it happens (for ones that didn’t ship with it) since a lot of the known bad laptops are built with a single flatflex that connects to a PCB on the keyboard. That said, the ones that have it set up where the controller is on the board (generally) need to ship with the backlit keyboard so the connector is present and ones where it connects to the board and has the controller placed somewhere else will need to be double checked for viability of the upgrade.