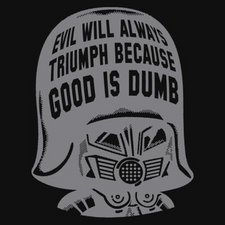 Okay, so I have a used Macbook pro and It has a windows installation only. I am trying to reinstall MacOS back and pretty much get it to factory settings.

Option-D works and goes to the testing screen.

So am i looking at hardware problems or is there some possible fix that I haven’t been able to find? The Windows Installation seems to work fine. Haven’t messed with it too much. Or should I try with another OS to try to reinstall?

As an Update: reformatted the drive and installed sierra on the new drive. (Although I used a macbook air to do so). Now, the mac is basically in a boot loop and then later on gets stuck halfway through the apple logo. Hard drive works well to boot the air with though.

Have you changed or upgraded the hard drive?

Has a High Sierra installation ever been attempted? (APFS issues)

Looks like the same drive. (I haven't changed it). Now only reason I tried High Sierra was I haven't gotten access to Lion yet, which should be in a few days. Will try with that later. Still trying to make sure there aren't other problems with logic board or something with the internet recovery and such not doing anything.

Okay. So the Mac is now booted properly. Based on the necessary steps, the GPU was the problem.

Working for now so thanks for the help.

Should I just connect to PC, wipe and reconnect? I seem to have no access to any options on the mac itself to wipe the drive.

I think the format of the drive is messing you up.

The best way to solve this is to connect your system to another Mac in Target Disk Mode. That way the other system can be used to reformat the drive as well as install the OS using the OS installer.

Looks like this is my best bet. I will try it and see how it works out.