I have a 3 year old, white iPhone 6 Plus still running on iOS 9 and last night it randomly rebooted itself and its now stuck on the boot screen with the apple logo . When plugged in to either the wall or computer, when I try to hard reset, it will turn off then immediately turn back on, when unplugged, it will turn off, but it go back to the boot loop when turned back on, or when its plugged in to the wall/computer again.

- When I plug my iPhone to the computer, the computer will not detect the device, neither will iTunes or any 3rd party software

- I have not jail broken the phone, or have changed any parts on the phone such as the screen or battery, it still has all the same original parts

- Before it happened, the iPhone had been suffering from the touch disease, and a short battery life, and was starting to really become slow

Can anyone help me?

1. I have seen bad batteries cause this, because they can't supply the proper amount of power consistently.

I would replace the battery. Here is the iFixit guide iPhone 6 plus 电池更换.

2. It could be a bad NAND flash (your iPhone's hard drive). There are services out there to reflow the NAND chip, however I have never used them.

I have had the exact issue you explained and 9 times out of 10 it's one of these two. Hopefully for your sake, it's number 1. Let me know, if you have any other questions.

How much would NAND repair cost me? Is it even practical/possible? Will it delete all my data?

It usually costs around $99. It is possible. There is a real reputable company that people mention on iFixit a lot, but I dont recall the name. I do believe your data is wiped because the NAND has to be reflashed.

Brian, I have 2 IPhone 6 Plus that are stuck in boot loop and can’t restore. One is default stuck in recovery mode, that is what computer says when plugged in. And the other is default in DFU mode. When restoring the first one, it goes all the way up to when the loading bar start screen in the Apple logo on the phone, and then it just shuts off/ reboots. I’ve tried every software plus a one, and nothing. Same for the second one. And I had an iPhone 6 that was stuck in recovery, I fixed it but now the home button doesn’t work. Turns out when the phone dies, and you plug it in it boots into recovery mode, as if the home button is being pressed and it gets very hot.

The Plus’ is there any way it’s not a NAND issue? I’ve swapped all the parts and nothing has changed. I could use some help. Thansk

Took it to a local irepair shop, turns out it couldn't connect to the computer because the charging port was dirty, and upgrading the phone to iOS 11 solved the issue, for now...

See, I always clean the charging ports first out of habit because I’ve seen some crazy stuff come out of there.

Try these things (if you haven't already) to see if anything helps:

Otherwise, you may have a logic board issue. If you are uncomfortable doing these steps, consider finding a repair shop to do the troubleshooting. A shop that also does micro-soldering can go deeper if the problem is not modular in nature.

iPhone may get stuck in a boot loop for different reasons, including software update, faulty battery connector, jailbreaking iOS and so on. Don’t worry. It could be fixed.

If you have not made a backup before the iPhone stuck in boot loop issue happens, or if you are worried about losing data when restoring iPhone with recovery mode, or you just want a simply but secure solution to fix your iPhone error, professional iOS system repair tool would be a better choice. 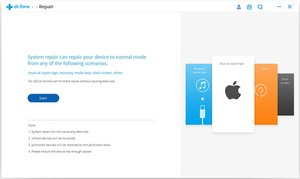 Installed the repair application. It worked out of the box, I have repaired an iPhone 6s which was stuck in bootloop. Thanks.

I use to see this a lot when I worked for a apple reseller, so generally one of 3 things liquid, dropped or fake display.

If was just dropped the digitiser might be damaged or the cable may need to be reseated but its impossible to know without inspecting the phone.

if liquid damaged it makes more sense because generally device degrade and get worse over time due to corrosion. you can check in the SIM card tray if there LCI has been triggered and turned red ( it should be white) if its liquid Apple would generally recommend a whole unit replacement for a exchange.

if its a fake display apple's updates have a tendency of bricking iPhone's when the display cant pass the system check at boot up, `This can cause the iPhone to restart the system test and putting your iPhone into a boot loop.

good luck with it.

Hi guys I need your help my brand new iphone 6s+ just used it for two weeks then updated it to ios 11.3 and that's when a boot loop problem started I've reset it, restored it with itunes but the problem is still there and it won't charge past 1%, but sometimes it shows the battery is full charged. I don't understand it.

If aftermarket screen is used and causes boot loop, can a genuine screen be installed and problem resolved? Or is phone junk at this point?