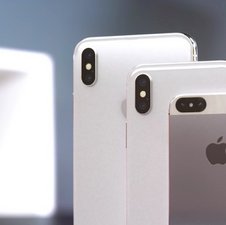 There is a green line on my iPhone X Screen! Tried restart; restore. It still is on there. Anyone know?

Hi, I have a new iPhone X, yesterday my screen start to show green and pink lines, actually have 3 groups of green lines over the screen, unfortunately I dont buy them on a oficial store.

My question is, can I fix them by changing the screen for another original one?

Yes I had the same problem. But then I changed the screen and it working fine now.

Had mine show up with huge green bars... they replaced my display panel

How do u do that

I need to update my phone

IPhoneX, the iPhone's new smartphone, has been receiving complaints from consumers about the "green line" flaw.Industry sources pointed out that the flaw was related to the iphone's iphone screen for samsung's AMOLED quality.

The "green line" on the iPhoneX screen has to do with the quality of samsung's AMOLED screen.Samsung was fined by apple for the delay in iphone sales before the iphone was released.

I don't know if it's the samsung screen itself or the iPhoneX assembly process.Apple's promise to consumers is that faulty products can be replaced, but there is still no formal solution to the "green line".The galaxy s7, which previously used a samsung AMOLED screen, has had "green lines".

I had my IPhone X for about 3 or 2 months now and yesterday morning, when I was at school, I turned on my phone and it had a green line for some reason. I thought it was from me dropping it on my rug but that seems like a stupid reason for the green line. If anyone knows why this is happening, please reply, because my sister is having the same problems too. Thanks.

Take it to the Apple store, you can exchange a new smartphone. This issue may be the hardware issue.

I had to take mine in and they replaced the screen. Exactly one week later, green line came back w a vengeance and they had to give me a brand new phone… take it in before it’s too late!

I had a number of green lines appearing on the screen of my iPhone X. I went to Best Buy to enquire. I was informed that since the phone is more than a year of purchase, I have to pay 280 dollars to fix it. I am very worried about the cost of the repair .

I don’t know what to do!!! There is a green line on the right side of my screen. It is really annoying I went to the Apple store and it was to expensive since I bought this phone in a different country.

Is anyone getting warranty honoured for this green line issue still?