Hello everyone. Long time lurker, first time question asker. This community has been great to me over the years. I mostly replace iPhone screens and other easily addressed issues on iPhone for family and close friends of family. So this community has been very helpful with some of those things.

I recently was given a 27in Cinema Display from a customer of mine (from my actual job). He was about to throw it out because "it's just a black screen". I told him I'd take it off his hands. I was originally thinking it was just the back light that may be broken. However, after getting it home it seems like a possibly power supply issue. When the monitor is plugged into a power outlet it won't even power up a Macbook through the Magsafe cable. This is my first Apple display and it doesn't have a power button so I assume it just powers on when plugged in or when a device is connected to it?

For those of you out there that have repaired these, is the power supply a likely culprit? I'm getting 120v on the cable so that doesn't seem like an issue. I've read in a few places those can go bad.

Also, Macbook does not recognize a display connected. Thus another piece of evidence leading me to think the dang thing isn't even powering on.

Looks like China is clearing this inventory out at cheap prices. Here's a brand new one at a great price.

At that price, I'm getting one for stock. 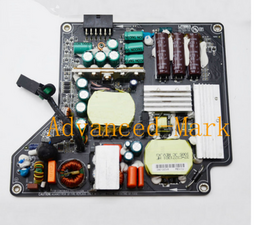 Definitely an A1316. Sounds like you concur it's most likely a power supply issue?

Well when said that it wouldn't power up, that was a major clue ;-) Also, if the part doesn't work you can relist on eBay after they run out in China for double to triple your cost. Not a bad ROI.

haha. Well, I've been reading places that the AIO cable can cause power issues and is a common failure on this thing. I'll be ordering a board momentarily. Thanks!

For all of you curious, yes the power supply did fix my issue. It is still running strong today without any issues. It looks like the prices of the boards fluctuate tremendously and it seems I may have gotten lucky

I am just worry that I buy one for $120 + postage then finds out POWER Board is NOT the my issue...

do I take gamble on this?

Any luck fixing this? I have the same display and now there is no power. Tried different cords, but no luck...

Thanks mayer. Is there a way to figure out if it's my power supply and/or the AIO cable I'm having issues with? I have tried to charge both a MB air and MB pro(with and without adapter). Wonder if I should replace both. A diagnostic from a retailer is of course and option, but if there's an easier way, I would prefer it. Thanks:)

Pål- Robin Hagen get in there with a multimeter and test the output side of the PSU. Look for expanded and/or leaking capacitors.

mayer, Ok, will give it a try. Thanks so much!

The replacement power unit seems to be available from a number of sellers on aliexpress as of early 2021, in the neighborhood of $65-80 including shipping.

Anyone knows if Voltage reading on the Power Supply board like 25.4V where it says 24V can be a symptom of faulty board? ( on all the other pins reading is quite close to what it says only like 0.2 or 0.4 more than it says on board)