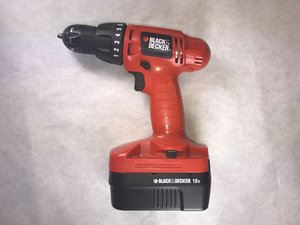 If the drill bit is stuck in the drill and you cannot remove it?

OMG. I tried everything and happen to come across your answer. Worked immediately. Thanks sooooooooo much.

There’s a way to get the bit out that worked on an inherited Dewalt DC970, but it is sacrificial to the drill bit stuck in the chuck. This should work on your drill as well.

The bit WILL be sacrificed, so if you need it and can’t quickly replace it find a non-destructive solution. Most of the time you can get a new bit individually or in a bit set if the cost is just about the same. What I did to fix it is I locked the motor switch and got scrap wood and bent the bit to a 90 degree angle. That was sufficient to beat on the cuck and loosen it with brute force. It may damage some cheap chucks beyond repair, so keep that risk in mind. It didn’t happen on mine since the pre-20V DeWalts often use a Jacob’s chuck (not true on the newer 20V ones!), so YMWV based on who made the chuck.

It has always worked fine since but that may be in part due to the fact I put 3-in-1 oil in the chuck to help it post beating and sanded the rust inside as I can to prevent that from causing another problem. It also helped how smoothly the chuck moves as well, so it compensates for any potential damage. It’ll never be perfect again because of the obvious internal issues and beating I did, but I intend to use it until the batteries are dead. As far as batteries go, it isn’t worth buying any because I can only choose 3rd party NiMh or 1st/3rd party NiCd. Every time I’ve used NiCd packs, they’ve been nothing but terrible. Unless I get another plastic chuck DeWalt (and in the future one with a metal chuck) for batteries and the DCA1820, the thing is a total loss.

If you can afford it, find a drill with a metal chuck. You’ll thank yourself when it’s still holding up better than plastic.

'Drill bit Is too tight

If the chuck is not releasing the bit and it is really tight try using WD40 to loosen it and extract the drill bit.

Not using the drill correctly