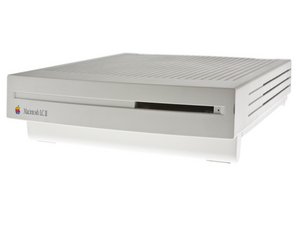 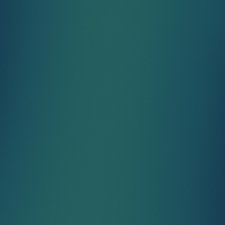 when i boot my Macintosh its plays an wierd sound TICK TICK TICK i pulled it out of my socket and it slowly stopt what is this?!?!? and how to fix it?

If the battery is dead, this model will not boot. But the ticking indicates a failed hard drive.

It's been awhile, are you sure if the PRAM battery is dead the system won't boot? I thought it just lost its settings (date, time and other settings) but still would boot up.

Yes. Apple was replacing logic boards on the first LCs when the boards failed to boot. I contacted them when I was a VAR in 1992, told them it was just the batteries, saved them millions, didn't even get a thanks. I'm sure. On other Macs when the batteries go, you do just lose the date and time, printer drops off and internet setting are gone, but not the original LCs.

@danj - That makes me think about the new style batteries. I have never replaced one in an iMac. Since the date and time are done over the internet automatically, what would be the symptoms of a bad one? Have you ever had one of the new ones fail?

The oldest systems we have here now are a few '10 iMac's they are left on most of the time so the batteries are very rarely engaged.

If the system never boots up I would suspect the HD is in trouble here. Do you still have the Grey CD system disks that came with your system or have a retail copy? You could try booting up with them.

When you use the external SCSI CD-ROM unit like this one: NEC CD-ROM Reader. I still have one kicking around.

I am sure that it will have a TDK power supply in there.

Replace just the capacitors on the secondary side (you will see they would be bad as they start to leak). Be sure to clean the PCB before you put the new capacitors in. You will also notice that some of the values of the capacitors used there are obsolete, and you would want to use nearest higher values.

After you are done with the Power Supply, you will probably want to recap the logic board as it is also long due. Old capacitors there will cause lots of problems, from not booting, to whining from the speaker, to white screens at boot, random lockups and more. This is a bit more involved, but manageable.

The PRAM battery should be removed and will not cause any problems if it is removed. The only model I remember that acted funny without PRAM battery was the LC 475 series, others did not care about it.

Without the 1/2 AA PRAM battery they won't even start. So your memory is a little faulty.

Perhaps my memory is faulty, so today I checked my LC II and it does not have a PRAM battery in there, and it booted perfectly. I have a collection of old Macs and these machines tend to age somewhat ungratefully, and need to be recapped. The main problem is with people leaving old PRAM batteries in these old machines, especially the red Maxell ones. These can vigorously explode and spray the extremely corrosive guts onto the logic board and cases, usually completely destroying the logic board. Of course if you keep a fresh PRAM battery, then you will have other benefits as remembering the settings and time.

I repaired about 15 of these LC I-LC475 machines with bad capacitors and all of the machines with TDK power supplies refused to do anything and just ticked loudly. All of these were repairable with fresh capacitors. Old capacitors leaked as it is common for some late 1980s-mid 1990s Japanese ones.