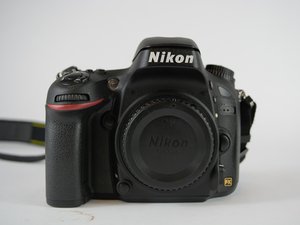 Announced in October of 2013. Identified by Model Number D610 and repair of this camera is similar to other Nikon D series camera of that year.

The built in flash does not work?

Yesterday when I was out taking photos with my camera. I tripped and it landed on the ground. Since this happened I have not been able to get the camera to use flash during pictures. I have tried turning the flash button on and off but still nothing has happened. Is there a way to see if the bulb is broken?

The bulb is but one part of the flash system in the camera. Other parts include the flash capacitor, circuity on the motherboard, wiring connecting the flashbulb to the motherboard. Any of the links in the chain could be broken resulting in no flash. You will probably need to start by seeing if any of the wires are disconnected to the flashbulb. This would be one of the easier fix's but still requires soldering the wire back to the terminal. The next step would be to replace the bulb if the wire is still intact or re-soldering it didn't help.The capacitor could also have been damaged and requires taking off most of the shell to be able to replace, however, the connector is very easy to detach and reattach. The capacitor is located next to the IO ports but to get to the screw to remove the shell for that section, you have to basically remove the rest of the shell. If none of these fixes work then it is most-likely something wrong with the motherboard and either needs a full tear-down to replace or you putting up the extra money for a new camera