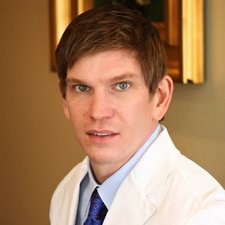 I'm not a computer stud, but I have basic ability for mechanics. I have repaired computers, phones, and iPad screens in the past successfully (and unsuccessfully too!!!HA!) so now I'm thinking instead of junking my two old 2006 IMacs I want to upgrade them. This is because my six year old is totally into computers so I thought it would be fun for him to see the guts of one and further that passion. If I break one then I'm thinking I will probably get it right on the other.

I want it so that my son can play games, I can record the TV while we play games together, and it can run the latest softwares and upgrades for a few more years.

I just don't know a thing about components. I don't want to go crazy on budget, but it isn't my main concern. I would like help if anyone could weigh in on what fits inside the computer and is a good all around component.

This question hasn't been asked since 2010 so I'm thinking there is some good stuff out there for cheaper.

(for gaming and recording, editing video)

Thanks a ton for your input! 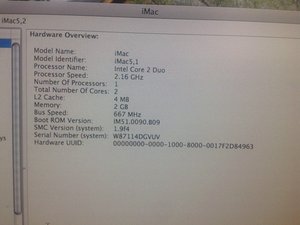 This is what it says when I click on about this Mac.

Thanks for updating. And thanks for the info!

Update, I'm not sure if the image shows.

So I look for these in 2 GB slots each, correct?

First, it's not a G5. I'll change it to the correct machine.

*Apple officially supports 3 GB of RAM, but third-parties have been able to upgrade the system to 4 GB of RAM using two 2 GB memory modules with some limitations.

Max the RAM out then install an SSHD had drive: 1 TB SSD Hybrid 3.5" Hard Drive

Do I get all new ram, or is there an Intel upgrade for this machine?

What about a graphics card?

There are two slots, currently populated by two one GB sticks.. You can replace on of the with a 2 GB stick for a total of 3 or both for 4 GB.

Try not to get to deep into a 10 year old machine.

Is this the only tool kit that I would need for this swap from the I fixit site?

You are not going to replace the video card.

@michaelangeloaust  how did it go? Did it work out? Looking for something similar for mine. Some feedback would be really useful before I burn some cash. Thanks in advance.

I own this model of iMac 5,1 from 2006 and if you have OSX 10.7.5 on yours, you can install Windows 7 on it and then upgrade to windows 10. I also recommend replacing the hard drive to an ssd, upgrade the ram to 4 Gigabytes, and maybe get an external USB wifi adapter. After that you can run pretty decent games and have an up to date operating system.

How to Install Windows 7 on OS 10.7.5? I have original windows 7. Please help it would be great if you email me the procedure. serenitymae16@gmail.com