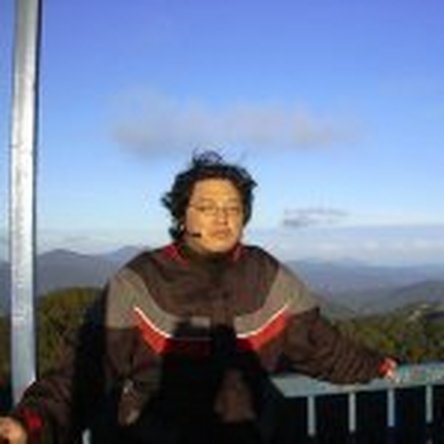 Is there a way to repair the MDD power supply?

I mean, it might be some specific component that burnt out?

I haven't open the power supply, but am hoping it can be something as simple as a capacitor.

I've been searching and found the next cheapest way (If it works in the long run) is running a external modified ATX PSU based on http://atxg4.com

You can try, but the odds of identifying the failed component(s) visually is pretty low. Attempting to trace the energized circuit using a multimeter is extremely dangerous, for obvious reasons.

Fortunately, the PowerMac G4 series use power supplies which are very similar to those commonly found in home built PCs - you may be able to find an appropriate substitute on the shelf of a computer store which caters to the homebrew crowd. As long as the molex connector to the motherboard matches, and the supply wattage is equal to greater than the original supply, you should be fine.

The link you provided seems to point to a resource I personally would take advantage of - the price seems right, especially considering he's done all of the labor and testing!

No, it must be replaced.

I have successfully used a modified ATX power supply to drive my powermac G4 MDD, the only problem with this is that if you are using an ADC display (Apple Studio Displays), it won't work, since ADC displays use a 25V lead and ATX doesn't provide 25V, but the computer itself will work fine, i tried this on a single 1.25Ghz PMG4 MDD, but it should work on all models

I've done using ATX power supply on G4MDD, thought I made a few mistakes along the way.

I also happen to have a 1.25GHz MDD with a failed PSU and i am now using the atx psu of a broken Maxdata desktop PC.

I tried analysing the defective psu but neither rectifier, capacitor or anything else on the primary seems broken, the breaker kicks out as soon as i connect it to my wall outlet. What ponders me though is that the integrated fuse will not blow, though it is rated much less than the breaker.

Be careful when using a new atx power supply! the connector will fit but the pinouts are different and you my end up frying either your logic board or the new power supply. if you don't wanna void the warranty of the new power supply, buy an adapter for 20->24 pin ATX and tinker with that to match the pinout. Use the broken psu for reference as the wire colours will match in most cases. if in doubt, use the pinouts on pinouts.ru or wikipedia as reference. Unlike the ATX standard the MDD logic board does not have a pin for PWR_OK and -5V, so you can leave them unconnected.

Also note that the psu needs to have a really strong 12V line (10A+ recommended) and it can not be any higher than 7cm to fit inside the MDDs case.

I have just converted an ATX power supply to work in my G4 MDD Dual 1.2 FW800. I used an APOLLO 300 Watt Micro ATX Power Supply. It's day two and everything is working fine so far including DVD drive and firewire 400. I haven't tested FW800 because I don't have any FW800 devices. I found a post on the internet stating that a 300W power supply should be sufficient without the Apple Display. The internet is full of good information so I went for it. The computer is working, who knows how long it will last? You? You should not do this, you have been warned, there is danger and electricity involved, this list worked for me, you are on your own.

Here is what I did:

I used epoxy to mount four cable tie mounts to the top of the inside of the case, then used cable ties to hang the power supply from the mounts. The PSU fits in just fine and clears the video card nicely. I'm thinking about adding a PCI slot fan for more ventilation but we will see. My G4 MDD has a new lease on life for about $30 USD including the cable ties and mounts.

Also, I picked up a 6" extension Y cable to extend the power going to the hard drive. This proved immensely useful when it came time to stow all the wires behind the DVD drive and up to the power supply.

I have two MDD's exhibiting the same condition - the power light activates when pressed, but goes dim when released. There's also no chime and no fan activity. The state of the PRAM battery doesn't matter, whether it's used, depleted, new, or even absent. The state of the four RAM slots doesn't matter, whether they're empty, partially full, full, or contain known-bad memory.

I've read that there's a capacitor inside that may be offending. It's 390 uF and 450V at 105 deg. C. It's also 35 mm in diameter and 42 mm in height. I forgot the manufacturer, but recall the name amongst a known set of manufacturers of defective capacitors. Even though there are no visible signs of wear, this person replaced the capacitor and was able to fix his G4.

I'm going to badcaps.net and hope other people can support what this other person experienced. I believed I pull the original story from the Apple Discussions Forum.

Quite often the fuse will blow, resulting in nothing happening when you try to start the computer. No surprise, right? The puzzle is just what caused it to blow. Obviously, you must replace the fuse, PLUS the thing that failed. I am now working on a PC power supply that failed - one of the large filter capacitors went out by blowing a hole in it's side! This also cooked a power transistor that was right next to it. Since the damage is so visually obvious, and all the parts are accessible, I think I have a real good chance of getting it working. BUT -- I am probably pretty lucky, too. Considering the price of used power mac G4's, you may be better off buying another one for parts. There are sellers on eBay that sell refurbished power supplies for about $140.