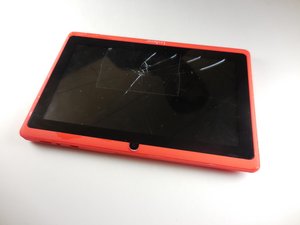 How do I stop my device from overheating?

Even though I only use my LexiBook on rare occasions and for short periods of time it still feels like it is overheating. I would understand this issue more so if I used it more, but it shouldn't be happening with such limited use.

I was curious if I either need to replace the battery or adjust the settings?

Overheating tablets can be symptom of many different problems.

For a device such as Lexibook Tablet One, which is designed for young children and relatively low use, the likely hood of the settings being a cause for this is unlikely.

There are Many Possible Causes

One possible cause for the tablet to overheat under such short usage is that the device has multiple applications running and very little available space left on the device. If this occurs it can cause the CPU inside the tablet to "work harder" and also can fill up the tablets memory (RAM) ultimately overheating the device. One way to combat this is to try freeing up space on the tablet and making sure that the tablet is not running multiple applications at once. If that does not work, then you may want to try resetting and clearing the device. If the device still continues to have this issue then here are some more possible problems that may be causing the over heating.

Another reason that this can occur is a hardware issue. There are many hardware issues in which can cause a tablet to over heat. Two of them are fixable to the user. The first being that the charger has been plugged in too long. When a charger is plugged in too long regardless of if the tablet is turned on. the device may over heat. Try unplugging the device for a while and allowing it to cool off. The other fixable issue is if the battery is bad. If a battery is not holding its charge well or is "faulty" it can begin to over heat. This can occur very quickly with little use of the tablet needed. Click here to go to the troubleshooting page for a guide on how to replace the battery.

The other issues that can cause the tablet to overheat are non-fixable issues such as problems with the tablet's memory (RAM) and with the tablets CPU. If you cannot figure out a way to get rid of the overheating then one or both of these may be the issue. If you believe it may be one of these causing your tablet to over heat then you may want to contact Lexibook about fixing your tablet.