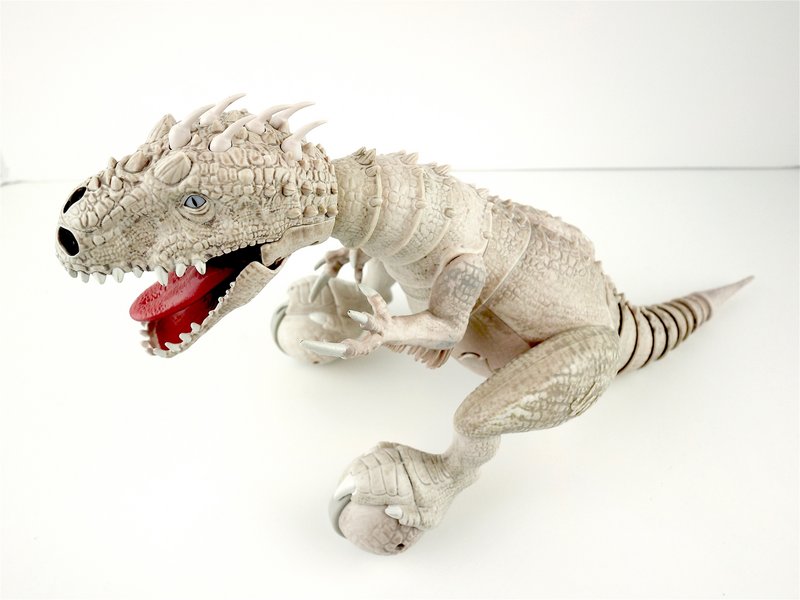 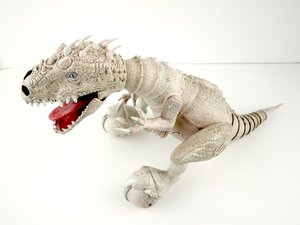 Zoomer Dinosaur does not turn on

The toy does not show any sign of powering up

Zoomer is not charged

Plug in the power source and charge the toy for at least 30 minutes before usage.

Zoomer dinosaur does not respond correctly to hand gestures

The toy does not respond or responds incorrectly to hand gestures

The sensor of the Boomer has a range area, so your hand should be within 5 to 15 centimeters horizontally , and not further than 10 centimeter vertically.

If Zoomer still does not respond to hand gestures, there is most likely a problem with the nose sensor. Replace the sensor using Zoomer Dino Boomer Nose Sensor Replacement Guide.

Zoomer dinosaur does not balance or move

Since Zoomer has rubber wheels, best play results may be expected on smooth, flat surfaces.

Zoomer Dino Boomer Falls on His Head or Tail

One of Zoomer's features is to re-balance when it falls on its head or tail. Should this feature fail, reset Zoomer either by pressing the button on its back or the "angry" button on the control pad.

Zoomer Dino Boomer Falls on Side

If Zoomer falls on its side, check the play surface. Pick up Zoomer and put it back on its feet, and press either the button on its back or the "angry" button on the control pad. If the problem persists, check Zoomer's legs.

Light does not work

The LED lights are not turning on

If Zoomer Dinosaur's lights won't turn on, it may not be charged or may have faulty batteries. Charge Zoomer or replace the battery.

Failure for the LED lights to turn on may also indicate a faulty motherboard. See the Motherboard Replacement guide.

If the Zoomer Dinosaur works and the lights are not on, change the LED lights guide as shown in the LED Light Replacement Guide.

Mouth does not open

The toy cannot open its mouth

Foreign objects inside the Mouth

Zoomer's mouth also may not open due to foreign objects lodged in the mouth. Open the mouth following the Mouth Replacement guide, and remove any obstructions.

Foreign objects in the Gear System

Foreign objects including dirt and dust may also accumulate in the mouth gear system. In this case, open Zoomer's mouth, then open the gear system following the Mouth Gear Replacement guide. Grab a dry cloth and clean the dirt.

Warning: using water to clean boomer is risky and may ruin Zoomer's electronics.

I lost the charger cord in our move. I cannot find it anywhere and my son loves the Jurassic World Indominous Zoomer. Is there a certain cord I need to buy?

We lost the remote during our move. Is there a way I can get another remote?

The toy’s arm and legs are broken. Is there any place in the Twin Cities that fixes toys?