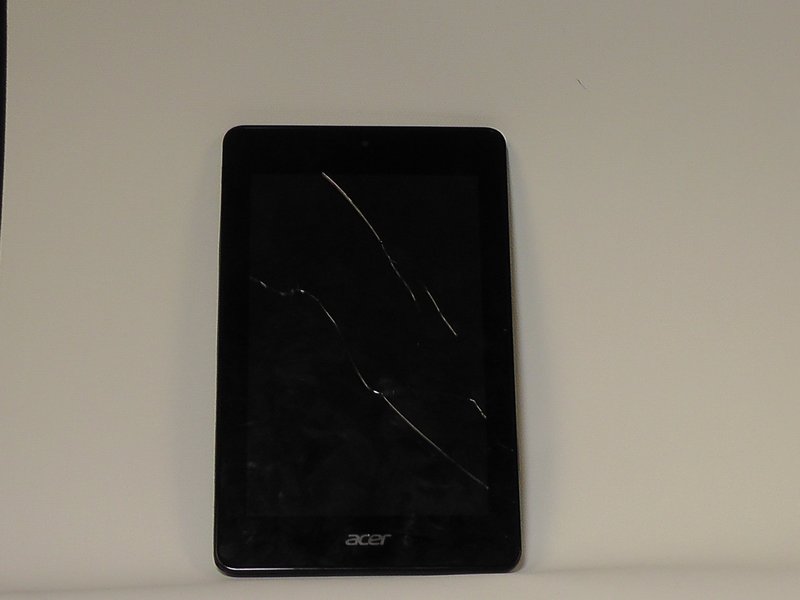 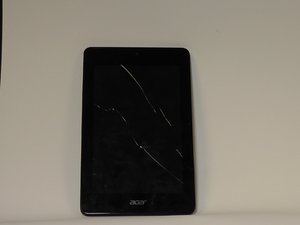 ''Your tablet won't respond or show any sign of powering up."

If your tablet won't turn on, and your adapter works on other devices, but not the Acer tablet, that is a sign of faulty battery, and your battery needs to be replaced.

A possible reason your tablet is not powering up could be a broken power switch.

Make sure it is properly in place. If the button is missing, then you may need a replacement.

If the battery is in check, It is possible that the display is bad or broken, and must be replaced. If your display seems to be frozen, refer to the section below on a frozen screen.

If neither of the listed problems is the issue, the mother board itself may be bad. First check all of the wires and connections from the display to the logic board. If they are all connected properly, but the tablet still does not respond, then you may need to replace the mother board.

"Tablet does not respond to touch; display remains the same."

It is possible your tablet will not respond if the battery is too low. Plug it in and charge it.

Sometimes your tablet needs a restart to get it to function. Reboot your tablet by holding the power button for 30 seconds.

Internal memory is not enough

If you have installed large in size applications may make the tablet hang or stuck or frozen or bricks or not responsive for the touch screen. First step is try to uninstall the applications and perform soft reset or reboot your tablet.

If your system is still frozen, you may try using the hardware reset pinhole on your tablet, to see if it will allow your system to boot.

2) Release the power button and unlock the screen lock switch at the side of the device.

3) The device has been restored to factory settings.

"The tablet's battery performance life is way below the advertised average of 8 hours."

Running more applications than the tablet is intended to handle

Running too many applications simultaneously, causing the battery to consume more power and drain faster. The more frequent usage weakens the battery over a shorter period of time.

The cause could be that the battery is dead. Plug it into the adapter and make sure it charges. If it does not charge, and you can use the table only while plugged in, then it may be a bad battery.

Battery may be faulty. If all else fails, the battery is in need of replacement.

"The buttons just won't work no matter how many times you press them."

If the buttons are obviously missing, then they will need to be replaced.

Wiring could be disrupted. First make sure the buttons are in place, then check the wiring. If that's the case right after reassembling your device, make sure you look at the guide you used and follow the steps one more time, to look for a possible misplacement.

It could be that the buttons are jammed. In this case, try pressing the buttons repeatedly in order to unstick them, or make sure they are in the right location. If this does not work, replace the unresponsive buttons.

"Camera button is unresponsive on my screen no matter how many times I try to reboot my tablet."

If your camera isn't working at all but it's not damaged, contact your local Acer service support or download a new camera application from Google Play.

Camera lens damaged or not in place

In this case camera application is not functioning. Camera lens needs to be put in the right location or simply replaced.

Does not address black screen with power

Does not adress black screen with power

my tablet will not connect to server to install apps