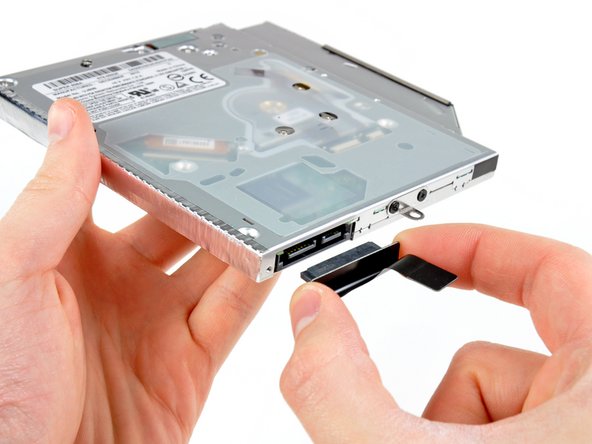 The built-in DVD Superdrive in my MacBook Pro Late 2011 was pulling in the DVDs when I inserted them but after a few seconds with no sound that the drive was spinning would eject them. I have a USB Superdrive that works with a MacBook Air, but it is not supported by my MacBook Pro. I needed the internal DVD drive replaced. I thought of taking it to the Apple Store but was not sure how long I would be without my computer which I use for work. I have done simple upgrades of RAM, Hard drives, and optical drives in older computers but was a bit afraid taking apart my laptop. After studying the Optical Drive Replacement Guide and reading all the comments, it seemed like something I might be able to handle myself.

The repair went very well. Some people warned about disconnecting the battery but I followed the guide and disconnected it. When I reconnected it at the end, the computer automatically turned itself on without my touching the power button ( and the computer still had the bottom cover off ). It scared me at first but after turning it off and restarting everything worked fine.

I had some magnifying eyeglasses I wore which helped. I was very careful in removing the camera cable slowly, gently and parallel to the logic board with the Spudger as told in the Guide. That was probably the hardest part. The subwoofer cable seemed to be particularly hard to disconnect so I skipped that step and had no problem. The magnetic screwdriver and tweezers in the Toolkit were great for handling those really tiny screws.