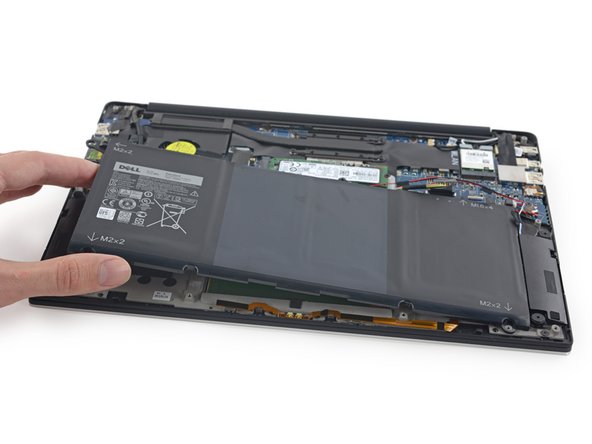 Awesome instructions. Worked perfectly. I’m back in business now, and it took me about 10 minutes. Thank you so much. By the way, I was using iFixit tools, which really helped. John Day

using picks to open the case was a little tricky, but without this guide I would have looking for more screws or other ways to open it!

I followed the instruction carefully and it was quite helpful. However, now that I am done with the battery replacement, the speaker no longer works, and it seems that there is a hardware issue. Any thoughts on this?

@Sara - Looking on another ifixit procedure, I found that the speaker wires are taped to the battery, so I suspect that the speaker was not properly plugged in after reassemble, or that something happened to the wires during battery removal. Hopefully the wires weren’t cut or stretched.

Here is what the XPS 13 teardown procedure had to say:

“….After that, it still isn't a perfectly clean getaway—the speaker wires are strategically taped to the battery in a half dozen spots, which we'll have to liberate to free the battery. (Admittedly, it could have been a lot worse.)

These same wires are trapped under the battery screws—so speaker replacement means battery removal. It looks like the XPS has some layering issues.”