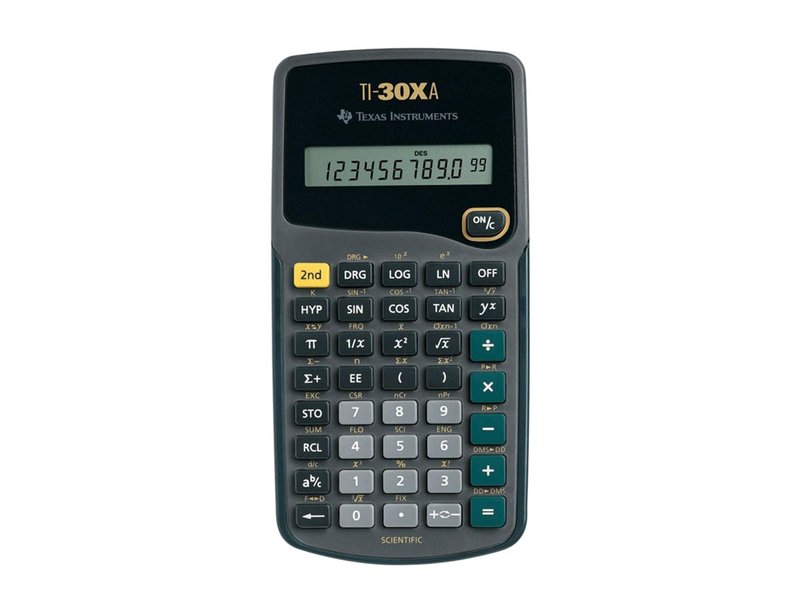 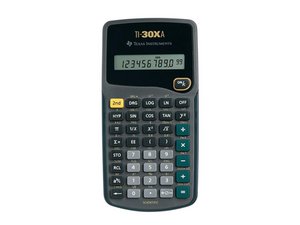 Device repair and troubleshooting for the TI-30Xa scientific calculator. 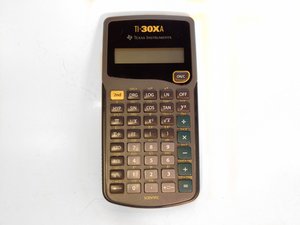 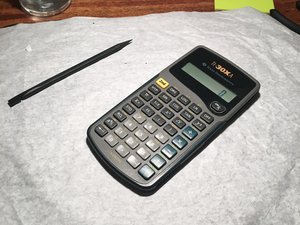 The TI-30Xa is a basic, battery-operated scientific calculator with one-line display and general math and science functionality. It was first released in 1994, and a second model with the same name was released in 1996. The 1994 model added a constant key to the calculator, and the 1996 model kept the same functionality with a more modern design. As of 2018, the TI-30 is accepted for use on the SAT (Scholastic Aptitude Test), ACT (American College Test), and AP (Advanced Placement) standardized tests.

This calculator is manufactured by Texas Instruments, a technology company based in Dallas, Texas in the United States. The company manufactures semiconductors, integrated circuits, and processors as well as calculators and other products. Although the original TI-30 stopped being produced in 1983, Texas Instruments still uses the TI-30 name to designate their low to mid-range scientific calculators.

The capabilities of the TI-30Xa include fractions, one-variable statistics, and conversions, as well as basic scientific and trigonometric functions. The TI-30Xa is best used for general math and science as well as pre-algebra, and algebra I and II.

This calculator is easily identifiable. Above the one-line display, the logo TI-30XA is printed in gold, along with the Texas Instruments logo.