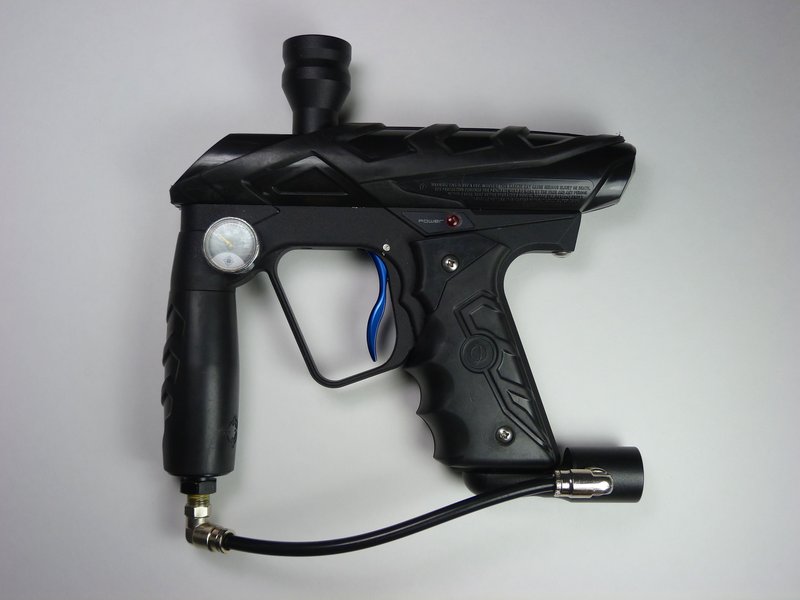 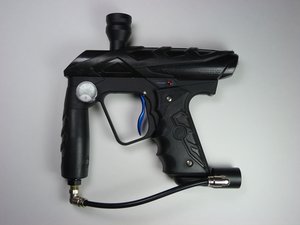 Most popular marker made by Smart Parts in March 2005. 18 inches long and shoots up to 17 balls per second.

This page is for the gun released in the USA, which can be identified by a red power light. The UK version has a green power light.

The Ion was released in 2005 and quickly became one of Smart Parts' most popular guns because it was the first electropneumatic marker that was affordable and available to entry level players. It was replaced by the Ion XE in 2007.

The Ion can be identified by these features:

Above the handle on the side without a pressure gauge is the word "ION." The receiver has a breech and firing chamber. The body is made of powder-coated aluminum, and the outer shell is black or colored polymer. The Ion can be distinguished from the Ion XE because it doesn't have the bolt-out-back system.

Lubricant: Use only “Shocker Grease”