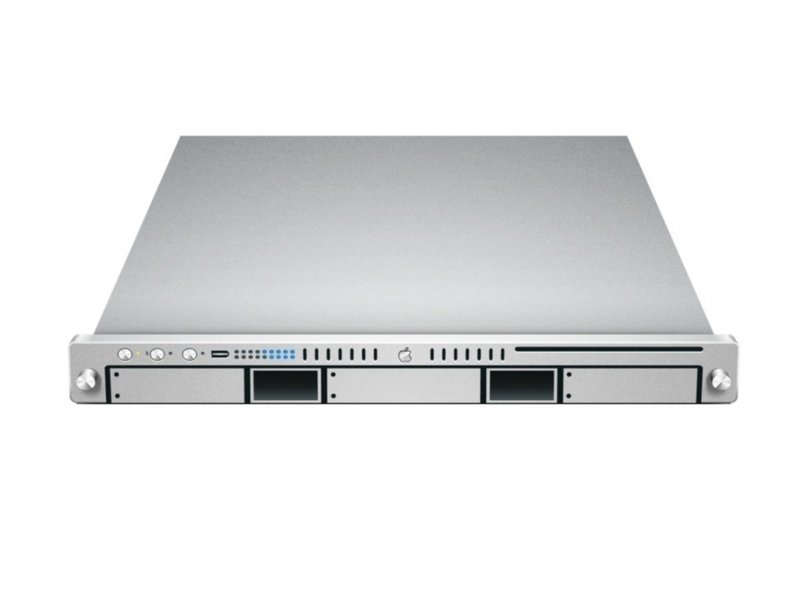 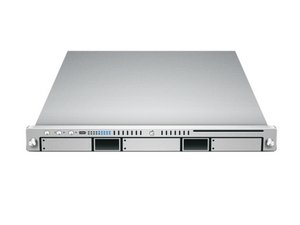 Xserve is the name of Apple's 1U rackmount line of server computers. When the Xserve was introduced in May 2002, it was Apple's first designated rack-mounted piece of server hardware. 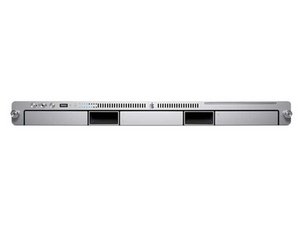 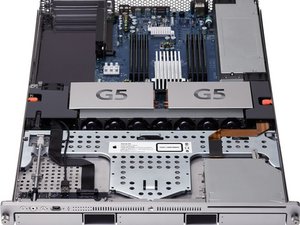 The Xserve is a line of server computers sold by Apple from their introduction in May 2002 until their discontinuation in January 2011. The machines came pre-installed with Apple’s server software, called Mac OS X Server. All models of the Xserve are designed to be mounted in a server rack, and the Xserve takes up only 1U of space in such a rack. The front of the device has a few indicator lights and slots for swappable hard drives or an optical drive. You can identify this server by looking for a serial number located on a small plastic card on the back of the device. You can see on page 10 of the Xserve user manual that you can pull the card out from a little cubby in the back of the machine. Enter the serial number on Apple’s check warranty page to find the year that your model was released.

The first model in the line, the Xserve G4, was designed to use PowerPC G4 processors. Depending on the configuration (and the price), the machine could accommodate one or two of the processors in tandem. The Xserve G4 has four bays for Ultra ATA/133 hard drives on the front and an optical drive (only on the second revision). They have two PCI slots and another slot specifically for an Ethernet card. Apple also released a “cluster node” version which had only one hard drive, no optical drive, and no Ethernet card slot. This version prioritized computational power at a lower price.

In January 2004, Apple released the Xserve G5. Due to the greater heat output of the PowerPC G5 processors inside, the machine only has three hard drive slots (for SATA drives) with the extra space taken up by two vents for airflow. Apple again offered the server in configurations with one or two processors. They also offered the cluster node version with one hard drive bay. The Xserve G5 was the first model in the line to use error-correcting ECC memory.

Apple announced that the Xserve would transition to Intel processors in August 2006. They released three versions using Intel Xeon processors from 2006 to 2009 using the same design from the Xserve G5. These servers use DDR2 memory (or DDR3 for the final revision) and PCIe expansion slots. The final model released in April 2009 could be ordered with an optional internal SSD. With this configuration, you could boot the computer from the SSD and swap hard drives without shutting down the server. The Xserve line was finally discontinued in January 2011, and Apple suggested that users migrate to the Mac Mini Server or Mac Pro Server instead.

Xserve specifications (all models) on EveryMac

History of the Xserve on Mac Stories