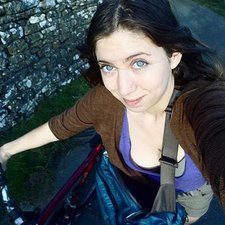 MacBook will not boot, stuck on grey screen

So my friend asked me if I could fix her 2008 Penryn Macbook. The LCD screen was broken and it also needed a new keyboard, but apparently booted and worked fine.

Basically, I took the whole thing apart, following the guides to replace the LCD screen. I replaced the screen and the LCD brackets as I realized that one of airport antenna cords was torn. I also bought a new screw set because there were many screws missing and I read that many of them were crucial for the computer to run (they were needed to complete the circuit). I also replaced the keyboard.

I double-checked that everything was plugged in correctly (including the RAM). When I turned it on it sounds the chime and then shows the grey screen. There is no Apple Logo or spinning wheel. I also realized that the computer now requires to be plugged in at all times or it will shut down- don't believe that was an issue before). I tried every startup key combination and reset the NVRAM.

After this I decided to try to boot with a Snow Leopard Install disk (even though this mac was probably running Leopard (10.5.x) and then after that a Tiger Install disk and neither worked. I don't have a Leopard disk, but if this is crucial I might be able to get my hands on one.

Interestingly, the only startup keyboard shortcut that garnered any response, besides resetting the NVRAM and ejecting the install disks, was when I held the option key- the mouse would appear.

At this point, I need all the help I can get. I'm really no expert at all and I'm terribly afraid that I will have to just sell it on eBay and buy her another computer.

Thanks in advance for all the advice!

Maybe one of these tips will work for ya:

-Take the RAM out and try re-seating it.

-Replace the RAM with working RAM

-Replace the hard drive with a good working hard drive and operating system.