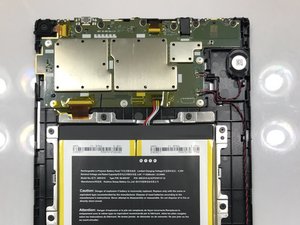 This Amazon Fire was released on October 11, 2017 and is the biggest tablet in the Amazon Fire lineup.

My Kindle Fire HD10 is not charging

I have a Kindle Fire 10HD (7th) that refuses to charge properly. When I plug in the Micro USB cable, it takes some slight angling of the plug to get the battery/bolt symbol to show that it’s charging. However, while the icon shows that it’s charging, the battery often shows that it’s discharging instead. I can leave it plugged in all night, only to find that it’s lost 5%. On rare occasion, the charger will work, but it seems to plateau at about 30% and then goes into the no-charge-while-showing-charge mode.

And, yes, I have changed cables, power adapters, and electrical sockets, and even replaced the original battery with an iFixit — and the tablet still does the same thing, and eventually goes to zero charge. I’ve also done factory resets and hard resets. Any further suggestions?