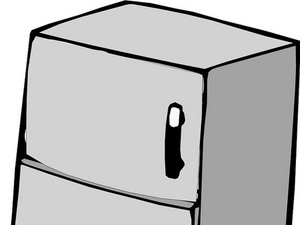 I have the Samsung French Door on top, Icemaker Upper left corner Freezer on the bottom, Model #RF26J7500SR refridgerator. The icemaker has always been a hassle, but at least it made ice. It no longer does so. I’ve tried everything but replacing the Icemaker/Auger Assembly/Control board. Right now it hasn’t made ice in almost 2 weeks. Not even in test mode (I hit the test button and hear the *DING-DING*, so I know the I/M is operational). I’ve defrosted it using the “Fd” forced defrost mode and steamer, so there is absolutely no ice buildup on anything. It simply won’t drop ice. I did remove the I/M and the auger assembly just to inspect them and make sure there was no icebuildup anywhere in the back of the ice room, and I did notice my auger assembly has a hairline crack in it. Could this possibly be the issue? Also, is the I/R sensor located on the auger assembly supposed to emit a visible beam? Because it does not. I’ve also checked my compressor and evaporator coils and they’re all clean. I have placed a thermometer in the ice room and it hovers around 10F degrees. I know it won’t drop ice until it reaches 9F, but my thermometer could be off. Although I do have the freezer temp set to -8F. Any suggestions? Based on everything I’ve read here about the disaster that is the Samsung Icemaker, I’m thinking I need to replace all the components, i.e., I/M, auger assembly and the control board. And do that epoxy thing to seal the ice room.