This is the intercom installed in my apartment (every apartment in the building has one). I want to add an on/off switch to the buzzer so I'm not a sitting duck for people who buzz me at all times of the day and night.

What kind of on/off switch would I use for a single thin wire?

The intercom in my apartment has a loud buzzer that anyone on the street can access, and they do - day and night (I’m in NYC). I asked the manufacturer about a solution. He said that the buzzer is the x-wire (I posted pictures with the device description) and I could put an on/off switch on it.

My question is, what kind of on/off switch would I use for one thin wire? The only on/off switches I’ve installed are the kind used for lamps. I’m thinking I can extend the x-wire from the wrapped portion in the wall, drill a hold in the cover to poke it through, and attach this mysterious on/off switch that way (the manufacturer said there isn’t enough voltage to shock me). But what does this look like?? 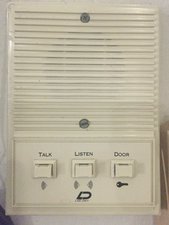 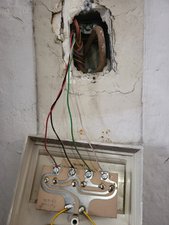 I’ve been looking at pictures of switches, and the type that seems most amenable is something called a “paste type” switch, usually used with cars. It has wires attached, and I can use adhesive to attach it to the panel or the wall next to it, no drilling.

So I think I’d go into the wall to get more of the x-wire length. A friend who is a contractor told me to hold it firmly with a hemostat so the wire doesn’t fall down into the wall when I’m doing this. Once I have some more length, I’d drill a small hole in the plate, and thread a loop of the wire through the hole, noting which part goes to the wall and which part goes to the speaker connector. Then I’d cut the wire and attach the end going to the wall (power) to the power end of the switch, and the end going to the speaker connector to the other wire.

I was hoping for a switch with an LED to show whether it’s on, but my contractor friend said that’s not likely to work well since it’s made for a DC system and this is AC. This is a picture of the type of switch I’m thinking about. 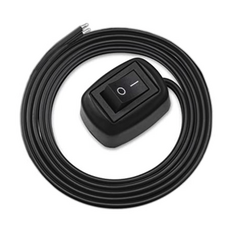 But then, just as I was about to pull the trigger, I had a brain storm. Wouldn’t it be awesome if I could find a volume control type switch that allowed me to lower the volume a little or all the way? I doubt I’ll find it, but I thought I’d take a look.

I found this - suggests that it won’t work. Not convinced yet, though.

@danj I had difficulty with the interface in creating the page, and I don't seem to have the ability to edit it (strangely) because I don't have enough credits. There are pictures at the bottom of the quote from the manufacturer. I should have put them at the top where they'd be more visible. I don't know why it's still telling me I have no photos, and I don't know how to fix it.

Okay, I figured out how to add the images to the question. They were already in the new device page I had to create to ask the question. New tools for me - thanks for your patience.

Can you tell me how to add an image to the device page? I can't figure it out.

You can use a regular light switch if you want. Or, if you have a cover like you mentioned, you can use this switch. Basically any switch you want. 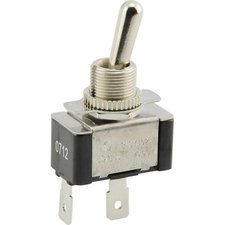 To add, the wire connected to the "x" terminal in the intercom unit is the one that is used to operate the tone when it gets a signal from the control unit in the lobby or wherever it is.

The power, voice etc comes on the other wires.

As described above, open the intercom and disconnect the wire on the x terminal and connect it to a simple on/off switch and then wire the other side of the switch back to the x terminal.

Basically the switch breaks the wire when it is operated.