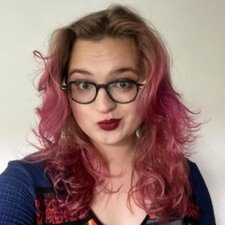 Hi! I recently came across an old iPad Pro 12.9” 1st gen cellular model (A1652) that couldn’t hold a charge anymore and no one was using anymore, so I took it. The repair shop told me they couldn’t replace the battery without breaking the screen, which would be expensive as heck and seemed like bullshit to me, so I bought tools and a replacement battery, opened up my first iDevice and repaired it.
It worked fine, save for some minor discoloration in a small part to the side of the screen that might have been caused by me, but could also have been there before, as it wasn’t getting past the boot screen previously and I didn’t notice anything. Regardless, my girlfriend was happy to get a free iPad out of the ordeal, but a week later or so the screen wouldn’t turn on anymore.
My Mac recognizes the device and can restore or update the software just fine, and as far as I’m aware I disconnected the battery every time I screwed around with the inside cables. I can’t see anything happening on screen so I don’t think it’s the backlight that blew a fuse. My best guess is I ripped the LCD ribbon cable? It didn’t seem an issue at first though, as it happened during the original repair, so I’m not sure why it happened days later. See picture.
I’m just hoping it’s not the full display assembly that’s suddenly broken, as those are needlessly expensive… 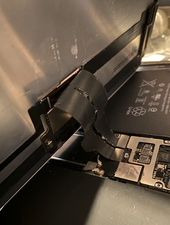