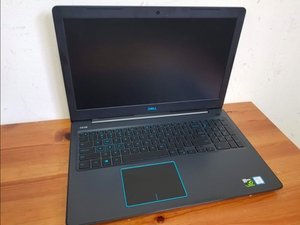 Is the motherboard shorted?

My G3 3579 doesn’t turn on nor shows signs of life at all. It doesn’t even turn on the leds when the AC adapter is plugged in.

I don’t know exactly what happened, but my guess is that the motherboard shorted / fried because I opened the laptop to clean the fans, and completely removed several pieces until I realized I forgotten to FIRST unplug the battery.

When I tried to turn it on after I reassembly it, it did turned on but the Dell logo didn’t show up. Fans, keyboard and lights went all on, then turned off again in like 1 sec. I tried several times to turn it on, until it completely stopped to show signs of life and now it is as I first mentioned: not even turns led on when the AC adapter is plugged in.

What tests should I run? What’s your guess, can this be solved?

It may be fixable but you would need to have a DMM (digital multimeter) and know how to use it and also know how to read schematic diagrams.

Here’s a link to the schematics for the motherboard.

If it is the correct one, download the schematic and then go to p.59 of 78 and p.60 of 78 to view the power circuits from the DC-jack in and start checking the voltages etc.

Many thanks for your prompt answer. I forgot the laptop is in my office, and my city is currently in lockdown due to Covid. It will take 2 days for me to bring the computer back home in order to check the motherboard model, but you have pointed me in a direction. Technicians who have checked it before told me a shorted motherboard can't be fixed. I will be in touch.