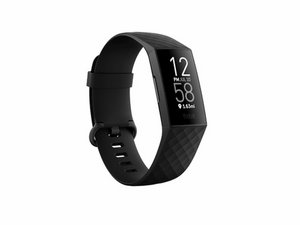 The Fitbit Charge 4 is a fitness tracker released in March 2020. It's new features include Active Minutes tracking, Spotify controls and Fitbit Pay.

The band holder broke off my Fitbit Charge 4, along with more than 50% of each screw. Any advice on getting the rest of the screws out? The sleeves around the screws have little nibs on them that prevent them from spinning freely (I tried to squeeze them with pliers but wound up with little nubs I can no longer grab onto). Please see the intact side and the broken side in the attached pictures.

Any advice would be greatly appreciated! 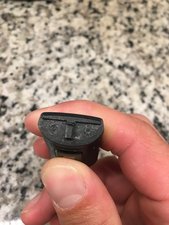 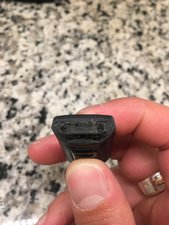 Just ran in to this too. The only solution would be a replacement housing which people do sell, but at a price that is more than the whole body alone is worth.

As much as I dislike Amazon, they have a few listings of a whole watch band/face that the Charge 4 can slide in to the back of thus eliminating the need for the Fitbit’s fragile band attachments. These work a treat.

EDIT: Since I ended up deleting the "permanent" link in my comment below, what I'm talking about looks like: 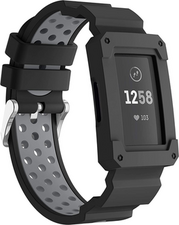 can you tell us the exact name or post a link to what you are talking about, please. thanks!

Sorry for the delay in responding. Something like this: https://www.amazon.com/GOSETH-Compatible...

Disclaimer: I have no connection to that particular seller or link. I gain absolutely nothing if you click and purchase that specific item. There are a few similar options, see which you like best.

In case that link disappears in a few months time, here's an image that shouldn't go away: https://i.imgur.com/e1dOLcl.png

Searching for something like: "fitbit charge 4 aftermarket band" should get you there.

@soondog (Last comment just so you get a notification of reply. Sorry for the spam ya'll)

Same happened to my wife's one. I'm going to try this - https://www.youtube.com/watch?v=CrGsEjH-...

Those replacements would absolutely work based on the extent of the damage. In my case, however, the screws ripped out which damaged the side of the actual body and prevented any new band connector from being installed.

It looks like that is what happened to OP as well. The screw studs are completely missing in their photos.

If the same happened to you, don't waste money on replacement connectors as they won't be able to be installed.

Thanks for the housing-band reference!

This also happened to my wife's charge4 shortly after the end of the 1y warranty with more than half of the screw holders breaking off from the body.

I used superglue to reattach the connector part & its screws and it held up for a few months but now it broke off again.

Since she's not too thrilled about the look of the housing-bands, I'm considering drilling deeper into the existing screw holes and using longer screws (+glue) so it holds a bit longer. Anyone tried that? Any clue how deep I can drill beyond the side-surface of the watch body before hitting something important?

@kbembedded thank you so much for the link to the Fitbit off brand holder. I had the exact same problem as OP and my Fitbit has been sitting here unused for over a year. Your recommendation saved it!

After checking u tube and the Fitbit website, I found no solutions or any great answer to repairing the broken screws on my Fitbit charge 4 band holder. Was ready to give up and thought I would have to break down and buy a new Fitbit but discovered the Charge 5 even had cases of the same problem and no info on Versa plus the extra cost. So took the broken screws out and cleaned the connections surfaces for the band to the watch body and used gorilla super glue, and rubber bands to hold it in place. I had lost the small spring which holds the 2 tabs up which lock the band holder to the watch so cut a very small piece of rubber band to put in its place. After a 24 hour set up everything seemed strong, the button release no longer works, but have been wearing the watch constantly for the last 2 weeks, doing a lot of mechanical and labor intensive work, and the band is secure!!

My partner and I have both had these fail on us now, luckily the most recent one to fail might still be under warranty.

Gluing the last one had limited results, only lasted a couple of days before falling apart again.

In my opinion it's a pretty poor design, looking at the tiny little plastic poles that have to cope with the strain of the watch band.
Interesting to hear that the Charge 5 has the same issue, I think we'll be changing to non-Fitbit branded fitness trackers sooner or later.