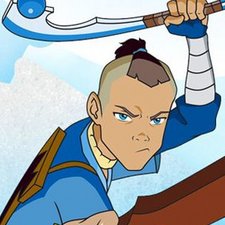 So I was given a broken S III that was going to be recycled. Even after plugging it in with the original battery in place, it shows no signs of life whatsoever from the front of the phone, not a sound or light. Since I measured the battery with a voltmeter and it showed 0 V, I got a replacement battery, but installing it didn’t fix the problem, the phone still shows no signs of life even after being left on the charger.

I believe I tested the charge port as being functional, but I’m not sure about it. I’m 99% sure that the power button works, as it shows continuity only when pressed. The display is cracked, but I don’t know if it’s dead whether or not it would prevent the phone from booting up with a fresh battery at 3.8 V. The display could be dead, but surely there would be other signs of life, right? I even plugged in the phone to a PC with a known good cable, and it doesn’t show up.

I’m afraid that the phone might be dead for good, but I don’t know at all. Does anyone have any ideas of what I could try next? Thanks :)

EDIT (01-01-2021): I considered installing a wireless charging module on this phone to try and see whether the microUSB port is bad or not, but since the phone is not powering on with a new, charged battery I don’t know if that will make much difference, and I also don’t have a wireless charger or a module on hand. I don’t have one yet, but I still think measuring the current and voltage with a USB amp/voltmeter might give me some clues as to what is going on. I could obviously try a known good display, but I don’t think that’s the problem that keeps the phone from turning on because I tried disconnecting everything from the board save the battery and plugged it into my PC, and it still didn’t show up, so the display might not be the problem. On the other hand, I don’t know that the data portion of the microUSB port works. I’m still pretty sure that the power portion works though.