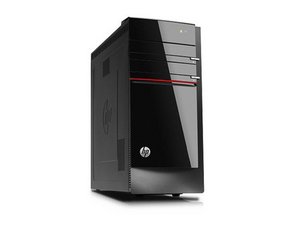 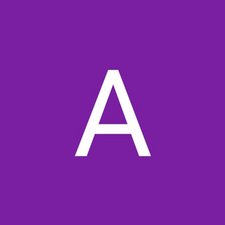 When the PATA cable is plugged in the computer boots, but it doesn't display anything on the monitor and the hard drive doesn't start at all (it's not vibrating). When the hard drive is connected only to the power cable it vibrates and it looks like everything is ok (i can access the bios)

@nick @jayeff I’ve managed to get it working! Thank you very much for all your help

What is the make and model number of the PC or motherboard if it is a custom build?

Can you try another IDE HDD?

What capacity HDD is it and can the BIOS handle that capacity? Only asking as PATA (IDE) is getting old now so the motherboard might be old as well and initially there were limitations on the HDD capacity in some motherboards.

IDE is a warning that it usually isn't worth repairing.

@jayeff The computer is really old, the model number of motherboard is I430VX, i'll update the question with a link to the manual. I tried other HDDs but it does the same thing, I'm sure that the HDD (capacity 400 mb) works with that system because it was working fine before, then after i disconnected it and riconnected it, it started to do this thing. Thank you very much

@nick Thanks for the reply, the drive it's only 400 mb so i don't think this is the problem. Also the system is really old and certainly not worth repairing, but i'm just trying to get it working for taking back some old files from a couple of IDE hard drives

Just in case the BIOS got corrupted somehow here's a page from the user manual for the motherboard which says that you may have to change the HDD detect from auto to manual if boot hangs and see how that goes or maybe reset the BIOS back to defaults perhaps.

Generally speaking, a hanging BIOS is typically due to a failed drive with a BIOS that doesn’t handle dead drives well, or it’s a legacy system which requires manual cylinder/head data to determine the type.

Since your system is from ~1996 with Socket 7, you are going to be dealing with a 28-bit LBA BIOS which is limited to 128GB - so essentially the largest drive you can install is 120GB.

With many legacy systems like that, you have to know which “type” your drive is, especially if the AUTO detection does not work (it rarely ever does). The drive type must match the capacity you are installing, otherwise you run into detection issues OR drive write errors beyond the capacity of the drive - but in some cases, the systems just don’t boot. It hasn’t been printed on drives in years simply due to the fact that it’s not as necessary today.

In order to find it, it is based on the Hard Disk Cylinders and Heads (Sectors are often calculated from those numbers). This data is normally put into the BIOS in the appropriate prompts on these systems, which it then in turn calculates the type. See the screenshot for an example of what this data looks like:

You can grab it with a program like Hard Disk Sentinel, but you need an adapter like this to get it.

If you use a CF to IDE, the conversion is NOT automatic like the ATA standard, so you need to do the math yourself. Thankfully, most CF cards are small enough the BIOSes don’t struggle but it is something to keep in mind.

Thanks for the reply, i tried three different drives, but maybe they might be all dead. I think that the computer is from 1996 and it uses socket 7, so is really old, but i was trying to get it working for using my old IDE hard drives

@Alessandro Vanuzzo Those are 28-bit LBA unless the BIOS chip has been replaced, as many of those use a WORM EEPROM - but some are reprogrammable. I'm updating my answer.

OR the ROM is upgradeable, but you cannot find the file because the board manufacturer is long gone/they don't care. For others, they came from Chinese board manufacturers which don't bother and you get to deal with Y2K issues (on some; not all) and 28-bit LBA.

@nick Thank you very much, so if i have succes in saving the bios settings, changing the type in the bios will fix the problem?

@nick I think i found the data you were talking about written on the label, i'll update the question with a photo of the label

@aale09 Yep - that's the data you need. It usually does unless the drive is dead on these.

These boards have more primitive detection then we have today, which is why it may or may not work.

what is your model of your computer'?

Sounds like the hard disk might be having issues to get detected in the computer, thus causing this "freezing"

suggest you to take this hard disk out and test it

1. on a docking / enclosure

Thank you, i will try testing the hard disk but right now i don't have other IDE systems working. I don't really know what model it is, but the motherboard is from 1996 and the CPU is a pentium using socket 7