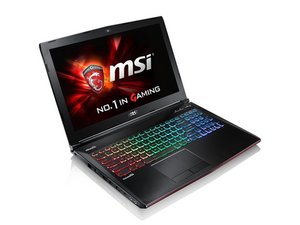 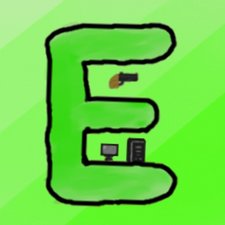 CPU sometimes runs at 90+ degrees C, what should I do?

My laptop sometimes gets really hot, the CPU goes up to over 90 degrees Celsius (not seen it over 100, yet). Same happens to the GPU, but only when doing things like rendering images of 3D-models.

The CPU gets to those temperatures after playing games like Minecraft for an hour or so, which feels weird since it is a gaming laptop and should be able to handle Minecraft on middle settings. The CPU usually is about 25-60% when getting to these temperatures.

When doing things like watching Youtube or similar, the CPU is running at about 50 degrees C and the GPU at about 40.

So I get why the GPU gets hot when doing things like rendering, so I usually lock it to only be able to use half of the GPU power, it’s still at about 80-90 degrees but staying stable.

The temperature and fan speed data are taken from the MSI Dragon Center menu.

What I have tried

I have tried opening the computer and blowing away all possible dust I can find, I can’t get to the heat sink or fans because then I have to remove the fan assembly from the heat sinks. I didn’t have thermal paste when doing this, so I didn’t touch it.

What I need help with

Now when it’s getting to summer here in Sweden and it feels like it’s hotter outside than ever before, so the problem has been getting worse.

So I would really like some help and tips on what I should do, to at least make the temperatures better.

1: Do you have any tips on what I should do?

2: Is that idle temperature normal?

3: Is it bad or more, how bad is it for the CPU running at those temperatures?

Have you got latest BIOS and vga drivers installed?

How old is the laptop? Only asking as seeing it is from 2015/2016 and that it is a gaming laptop, perhaps the thermal paste would need to be refreshed by now if it has been used for gaming a lot. Also maybe the GPU fan needs to be replaced if you think it’s faulty.

I don’t know the thermal specs for the CPU or GPU but in general the cooler that ICs can run, the longer they will last

Here’s a video on how to do this in your laptop. Apologies if you know this already

It seems like I don't have the latest BIOS, so I will try that.

The laptop is about 2.5 years, so I will try replacing the thermal paste and cleaning the fans from dust.

Just want to make sure, is there a risk of losing data from the computer when updating BIOS. I understand like it shouldn't be a risk, but just want to check.

Thanks for the answer, I hope it works.

My standard answer is:

"if in any doubt create a system image backup on an external drive beforehand".

I always do this before installing a Win 10 "feature" update as well, just in case things go awry. That way I can always go back if there are problems which has happened in the past with my pc (like me, it's old) and if the uninstall feature update option doesn't work for whatever reason.

I have a lot on my computer, so it will probably take at least a few days before I try updating the BIOS then.

I have an external 2TB SSD, but the computers HDD is a bit slow so it takes time...

Thanks again for the help! :D

As a rule, try the easiest things first.

1. Suck out the dust with a vacuum cleaner.

2. Remove the fan and clean it, this requires removing heat sink and using thermal paste to replace it which can also be helpful.

Clean the air inputs and outputs.

Keep the laptop elevated from the table to increase air flow. A fan base would be a good idea.

As Jayeff says, changing the thermal paste would be a good help.

All laptops suffer from high temperatures and gaming laptop is just marketing. If you want a fresh and durable computer, the bigger the better.

If you don't have it installed, search for MSI Afterburner. It is a very complete program that allows viewing temperatras, modifying the speed of the GPU and the fans. It allows to monitor temperatures and status in real time while you play.

I am using a GT65thin i7 10 series laptop with the RTX 3060 built into it. It's not the same system as you have but I am experiencing the same problem.

What I have done is open MSI afterburner and also Windows power management.

Under MSI afterburner I have lowered the core clock and memory as low as I could take it. Ive played a few games and I've not seen a drastic fall off in performance so your milage may vary but it worked for me.

Also, under windows power management, try going into the setting for processor power management. I lowered it down to 85% power consumption when on plug and 50% when on battery.

I've played games like Destiny 2 and Halo Infinite and I haven't noticed too bad of a performance hit.